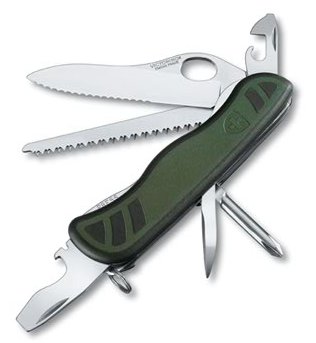 The Victorinox 111mm models are a later Victorinox design, creating larger, more robust knives than their 91mm cousins, and featuring a locking blade.
The Victorinox 111mm models were announced around 1986, with the first Victorinox brochure featuring them in 1987. These knives are great for outdoor use, trade work, rescue personnel, or general day-to-day tasks.
Initially featuring a slide-lock mechanism patented in 1985, using a lock-release button embedded in the bottom scale, the second-generation knives came out in 1994, following the introduction of the DAK version in 1993, and featured a more robust liner-lock mechanism for the most demanding of tasks, in rescue and military operations.
Until 2008 all the knives in the series used a Nylon synthetic handle, but since then some models became available with dual-density injection moulded Polyamide (PME-6) synthetic handles. Also in that year in the Swiss Army’s Official Soldier's Knife became a 111mm liner-locking knife. See image right.
For several years both liner and slide-lock models were produced. However in 2017 Victorinox completely revised their 111mm product line, and ceased production of slide-lock models. Some slide and liner-lock models were retired, some models were re-named, and some converted from slide to liner-lock. See layer and individual pages for details.

Models marked with an asterix (*) are currently withdrawn (2019). 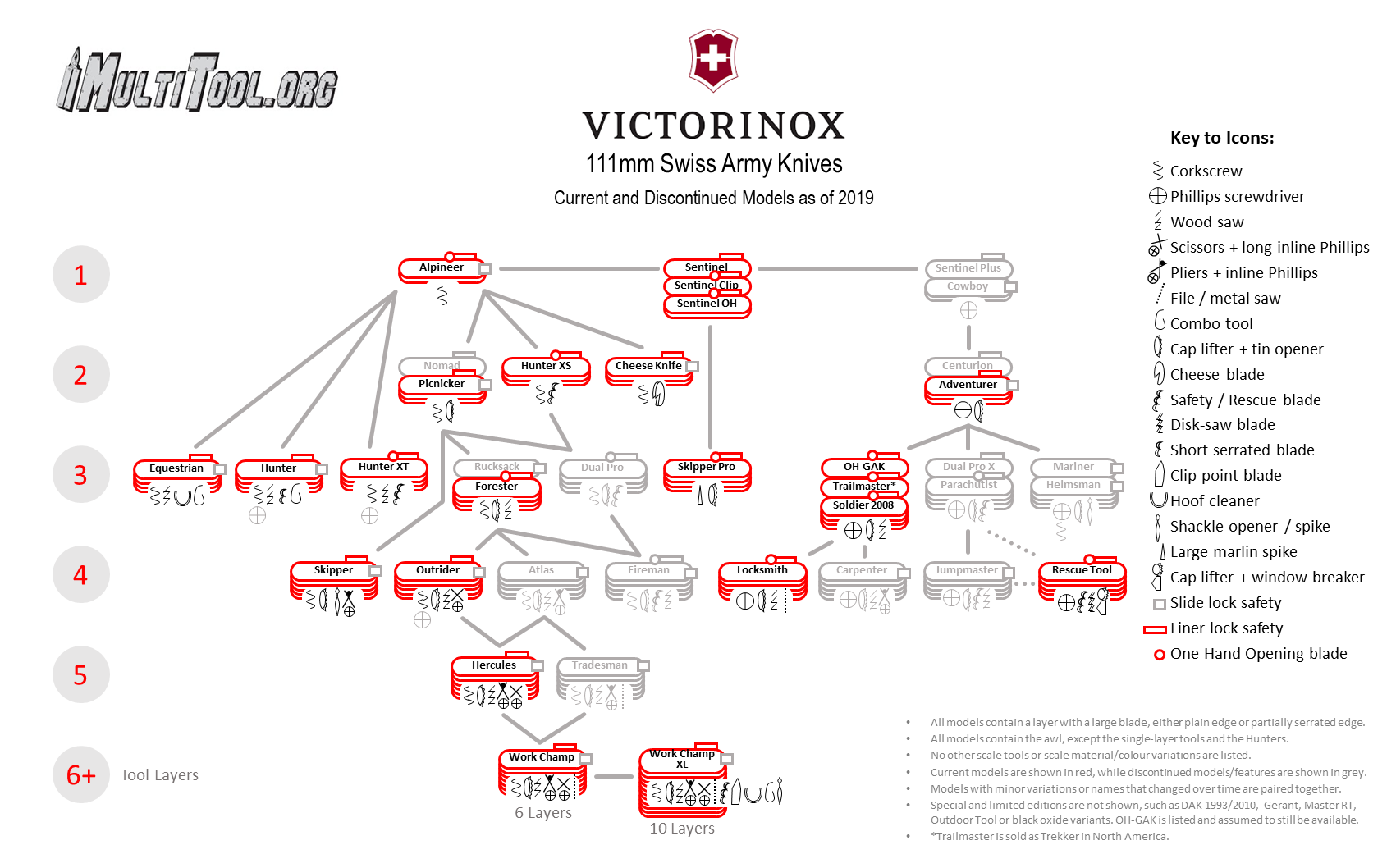 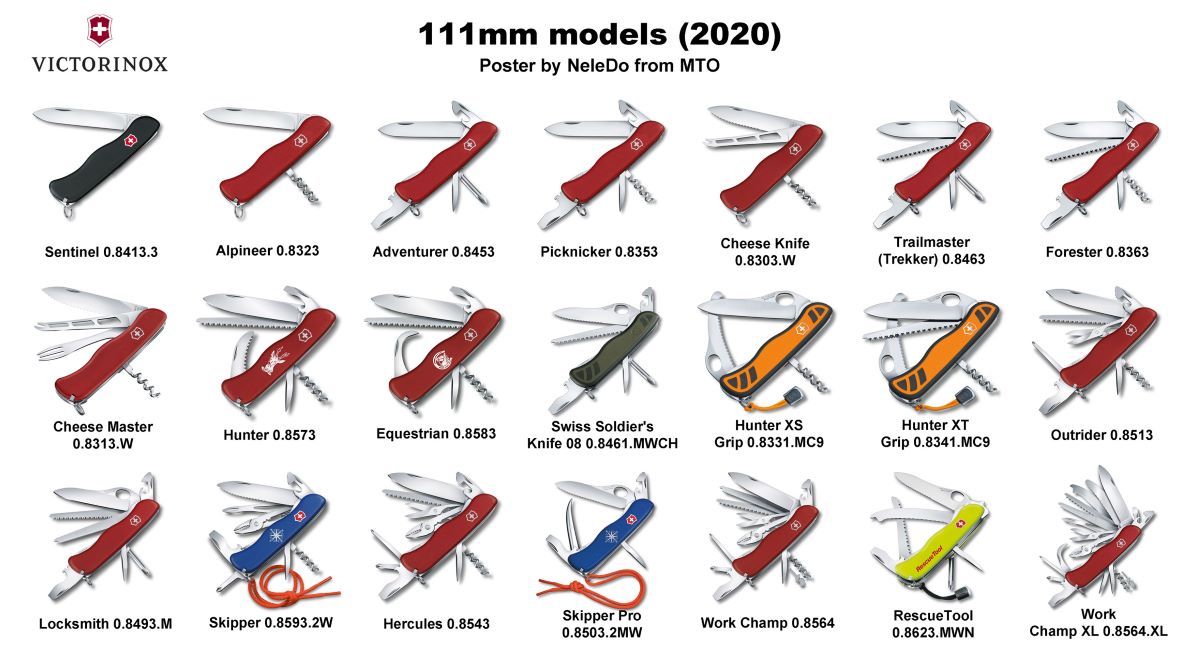