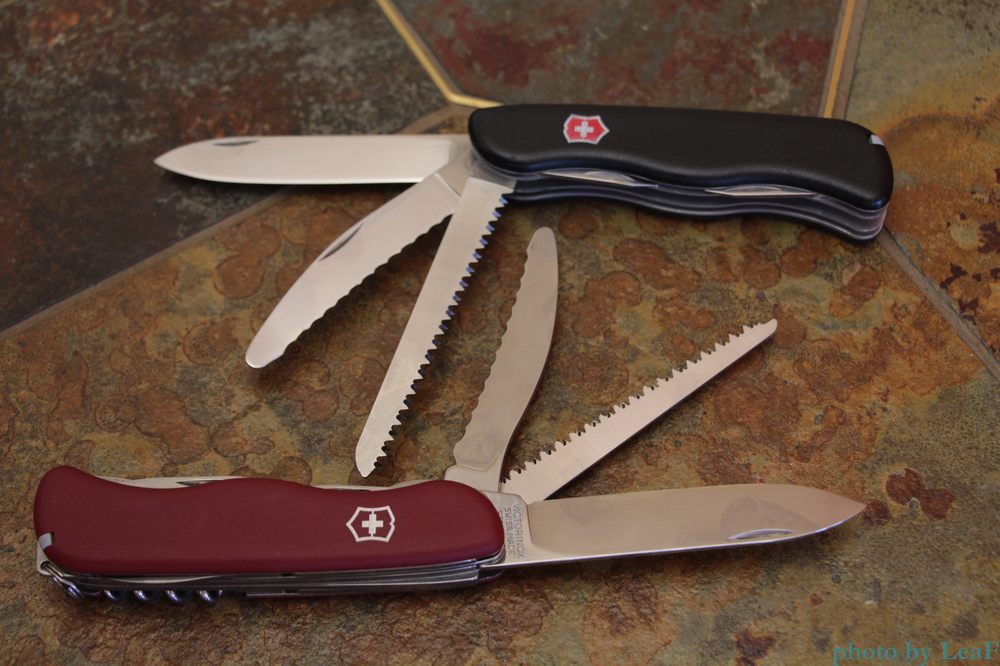 The Fireman is a four-layer 111mm Victorinox model very versatile in cutting chores, offering a large liner-locking, plain-edged blade, an emergency/belt cutter blade, (not found on many models) and a wood saw.
The Fireman was intended for rescue workers and is an ancestor of the Rescue Tool.

It was also available with a one-handed (OH) opening main blade, known as the One-Handed Fireman (OHF).

The Fireman was previously a slide-locking model.
Both versions are shown in the picture right (the liner-lock version has red scales).

Name disambiguation: There is a rare, older 108mm model, also known as the Fireman.

The Fireman models are retired.

The original model had a slide-locking main blade, and the cap-lifter was not locking.

The slide-lock model is relatively rare and it is possible it was exclusively a promotional model (premiums market) made specifically for Cryk Inc., a US company in the premiums marketing business.

The Fireman is an ancestor of the Rescue Tool, with both models being available for a few years. However the Fireman was retired in the late 2000s (tbc), presumably as there was too much overlap with the Rescue Tool’s functionality. 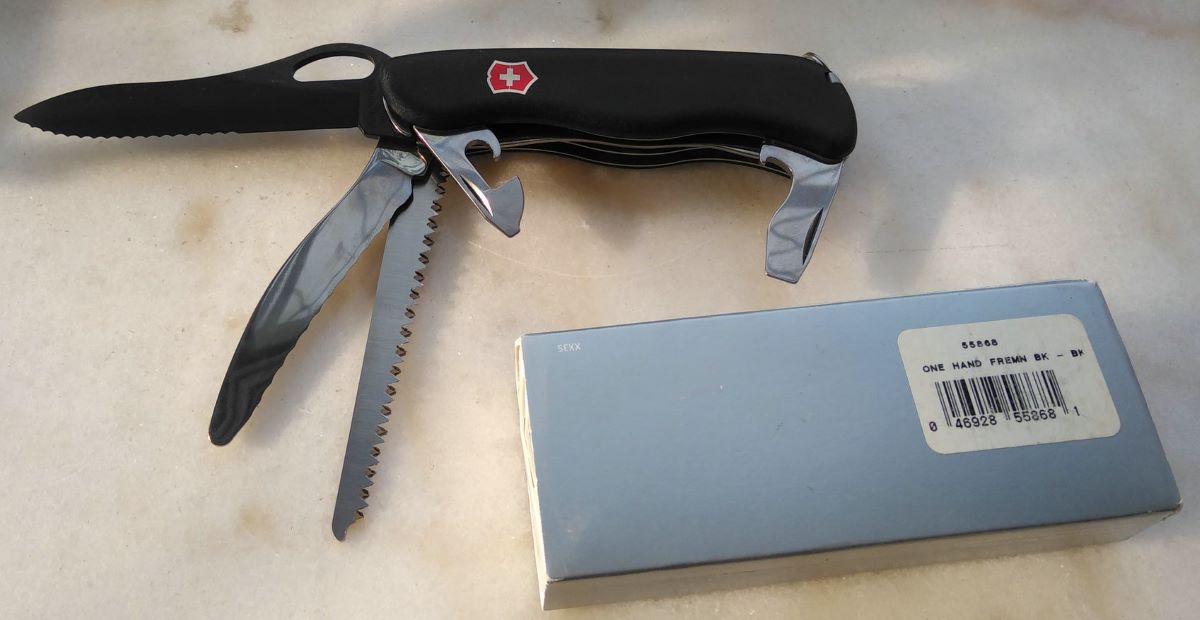 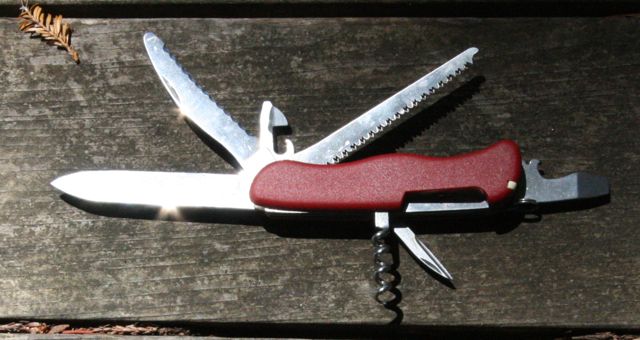 US Model Numbers: (also in brackets above)