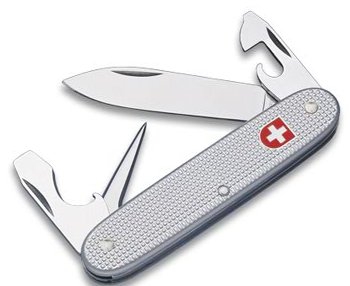 The Victorinox 93mm series consists of some early fiber handled models, and the current very popular Alox (Aluminum) scaled models, that started with the Pioneer in 1957.
In 1961 the Pioneer was used as the basis for a new design of the official Swiss Army Soldier's Knife. This model was official issue to the Swiss Army (and some others) until 2008.

The Alox models, as well as being slightly longer, have thicker tools, and a stronger construction (wider rivets), than their 91mm cousins, additionally, the Alox handles are much tougher than Cellidor, so this family is designed for harder use than the Cellidor models. In fact, in the early days the Pioneer was known as the Sturdy Boy and even up until roughly 2017 the Pioneer series was labelled as the Sturdy Models on the Victorinox website.
Around about this time Victorinox labelled some of the current models in this family as the Swiss Army X, where X was the numer of functions of that particular model - see list below.
There was a significant enhancement to this family in 2016, when scissors became available on the Pioneer X, however several other models and tools have been retired - see below.

A comprehensive catalog of Alox special-runs ordered by individuals and sold to collectors and enthusiasts between 2009 and 2013, was compiled by marsax/ Victor7000 of Multitool.org.

Currently available models (2021) are marked with an asterisk * 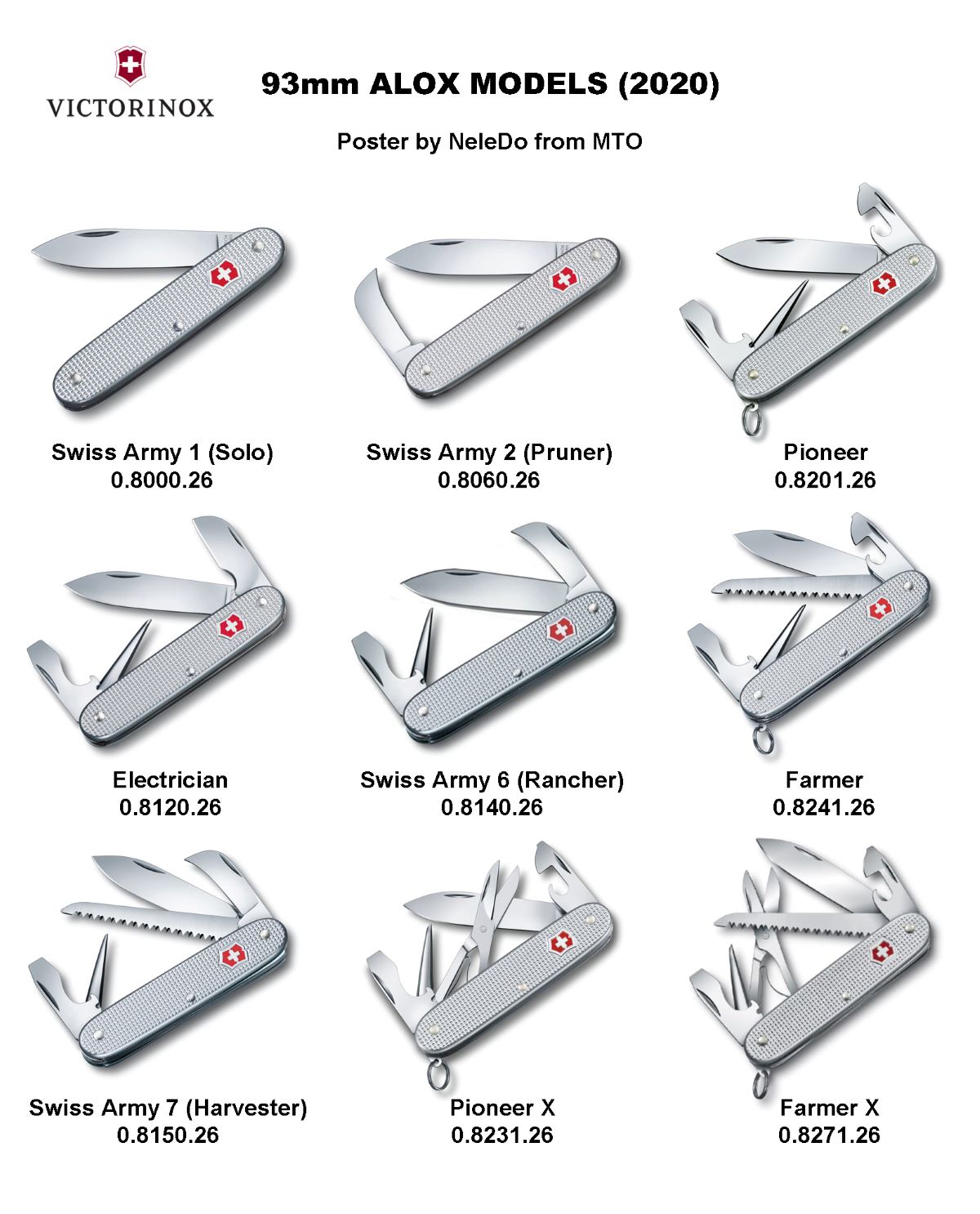