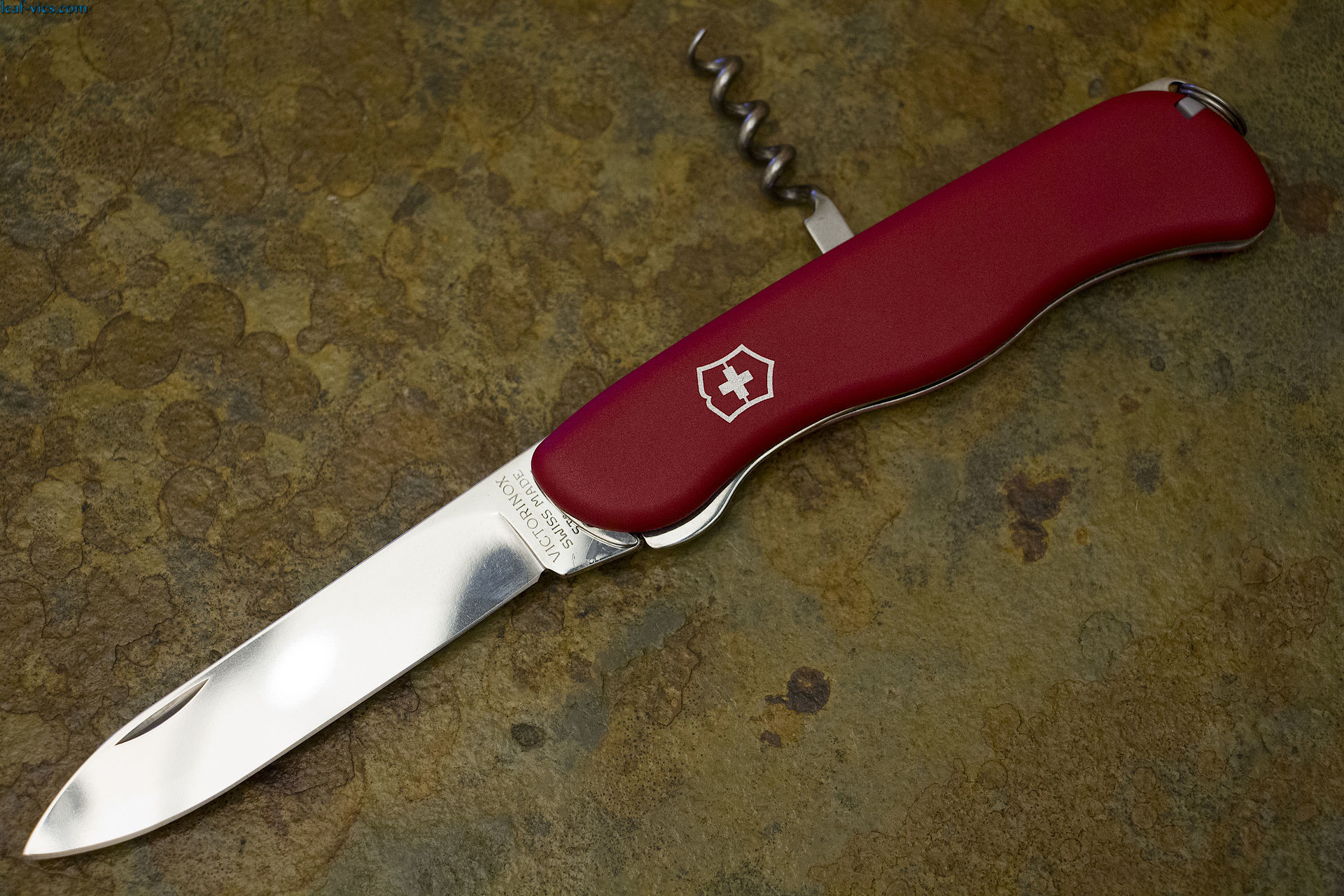 The Alpineer is a single layer Victorinox 111mm Swiss Army Knife that features a liner-locking main blade and a corkscrew.

The original version of this model was slide-locking- See History.

Neither present in the dual density OHO variation

Red Nylon or red/black dual density
The scales in the original model contained a grey release button for the slide lock.