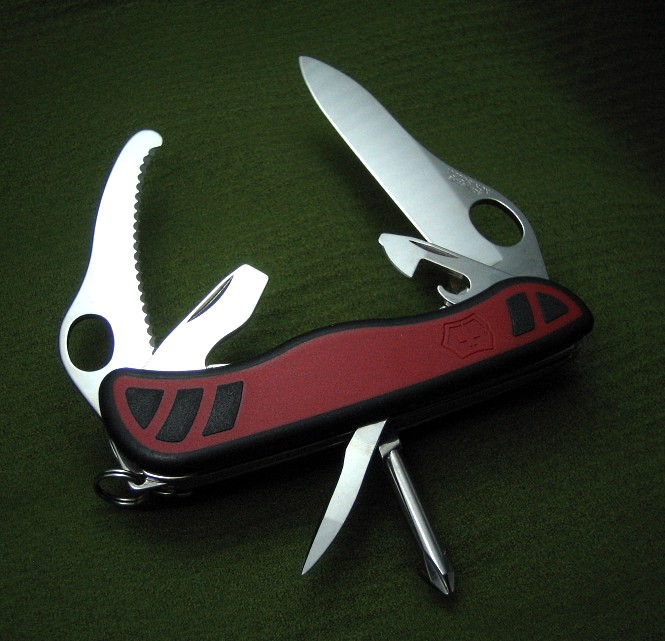 The Victorinox Dual Pro is a three-layer 111mm knife that was first introduced in 2010. This model has one partially, and one fully, serrated edged blades, both are one-handed opening (OHO). Both blades and  the caplifter are liner-locking, so three locking tools!

The Dual Pro X model (pictured right), was announced a few months after the Dual Pro, and features a plain-edged, rather than partially serrated main blade, and a Phillips screwdriver instead of the corkscrew.

The 2010 Dutch Army Knife (DAK) has a nearly identical tool configuration, differing from the Dual Pro only in the substitution of the Phillips screwdriver for the corkscrew; and the scales (handles), which are not dual-density.

The Dual Pros were withdrawn in 2017

None.
Knives with dual density scales do not contain the typical toothpick and tweezer tools.

Information about the DAK was released early in 2010 - It was the first Victorinox knife to feature two OHO blades.
The Dual Pros were introduced later that year, as part of the Grip Series.
They appear to be withdrawn as of 2017.