The Rucksack is a 111mm Victorinox knife with a side-locking plain edge blade.

Discontinued Model (2016) - Being replaced by the Forester. 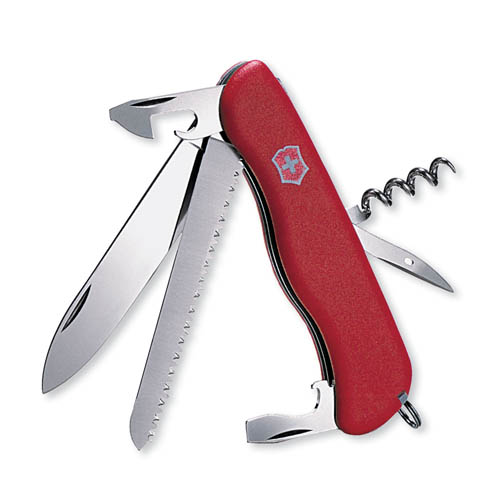 From 2017 Victorinox ceased production of side-locking 111mm models, so this model was retired, and was replaced by the Forester liner-lock model, which has an equivalent toolset - and had already been available for some time.