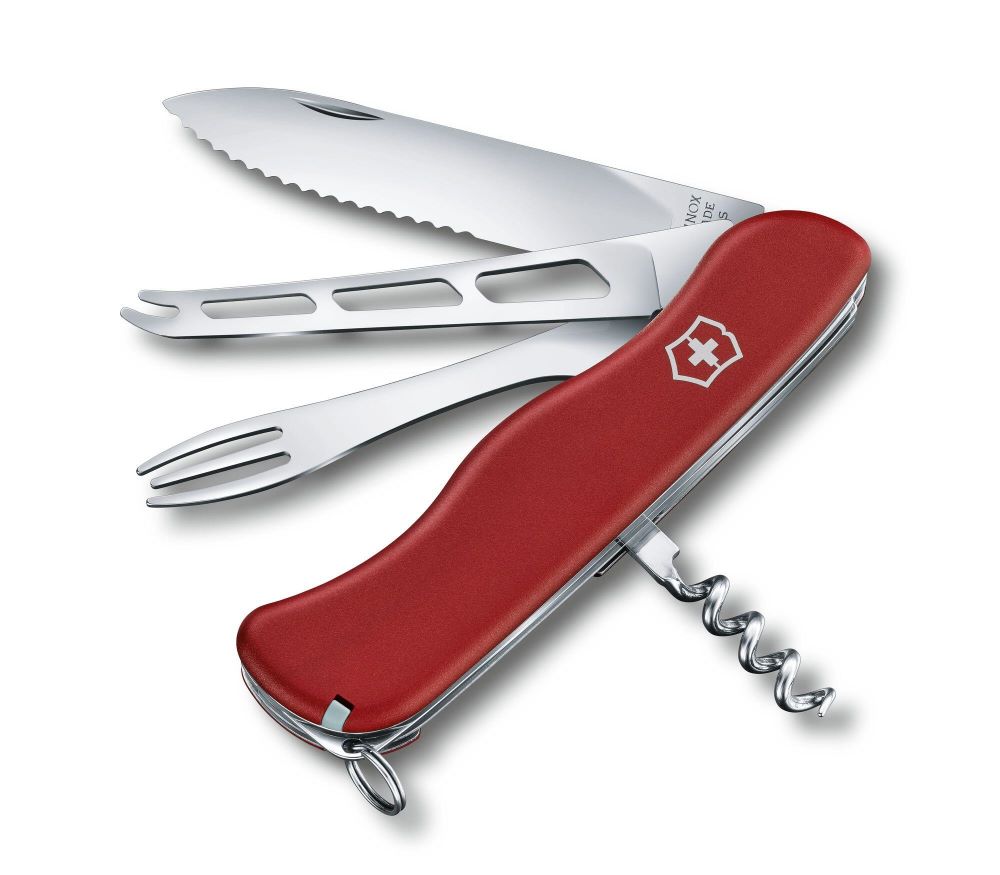 In 2019, nine years after the original Cheese Knife was released, version 2.0 of the Käsemesser was released by Victorinox for Swiss Cheese Marketing (SCM). This version featured the same scales as the original version and added a brand new tool, the fondue fork, to the Cheese Knife.

Later that year Victorinox released their own regular version which they called the Cheese Master (see main image), which has a few minor differences from the SCM version - see * below.

* The main blade on the SCM version is etched with the web addresses of the SCM German, French, Italian and English websites

* The scales on the promotional versions were unique to SCM and featured a large white Swiss Cross.
The generally available model had regular, red, scratch-resistant Nylon scales with the regular shield.