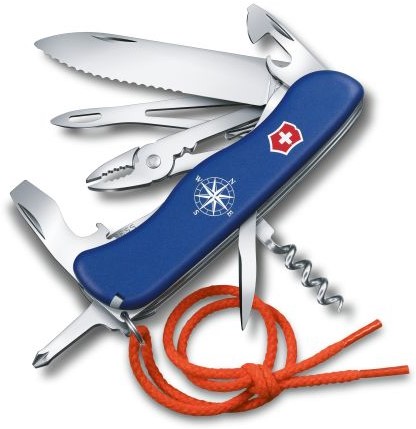 The Skipper is a 111mm Victorinox knife with a large liner-locking, partially-serrated main blade, and a shackle-opener/marlin spike for marine use. The knife is outfitted with unusual royal blue Nylon scales.

The original version of this model was slide-locking. 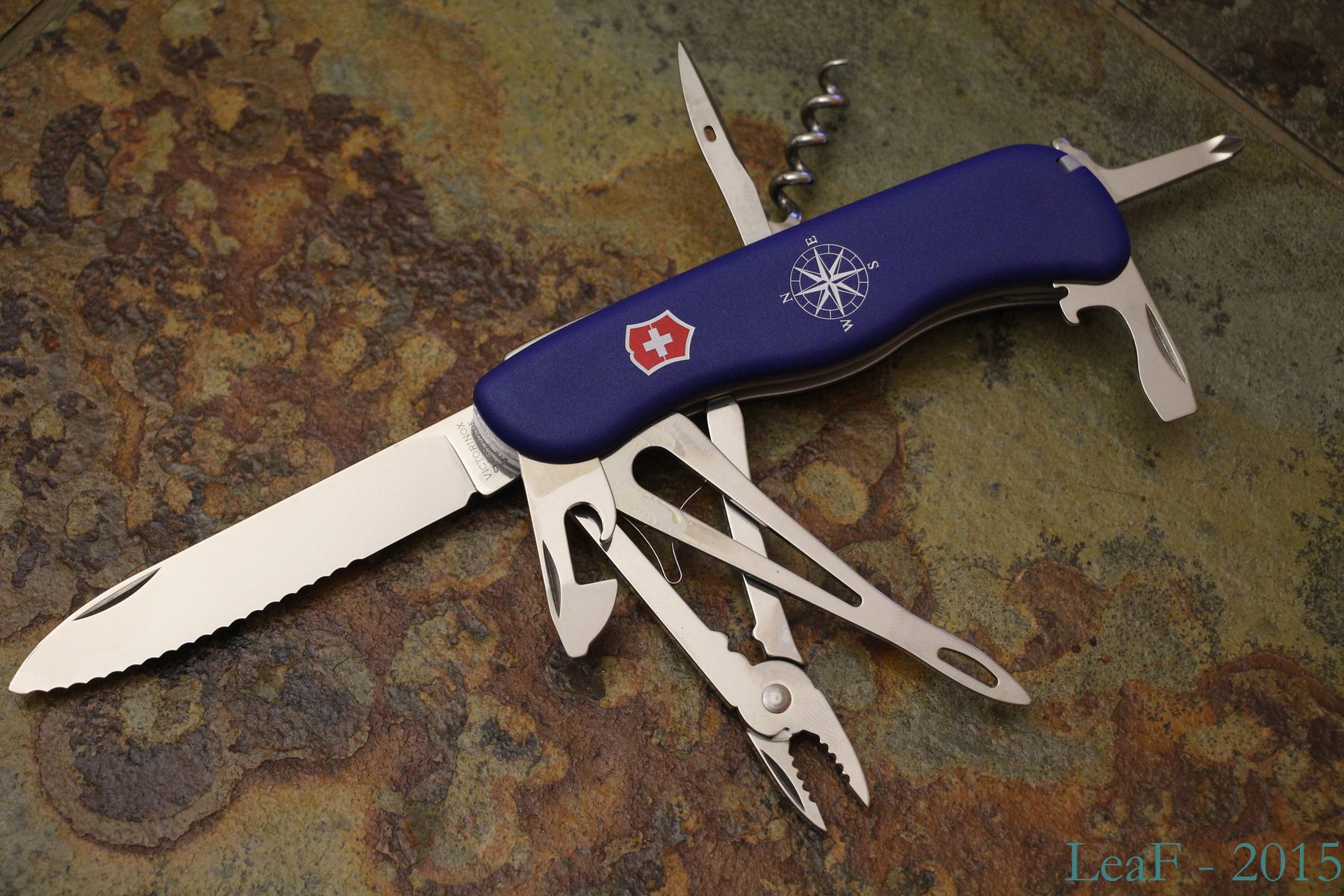 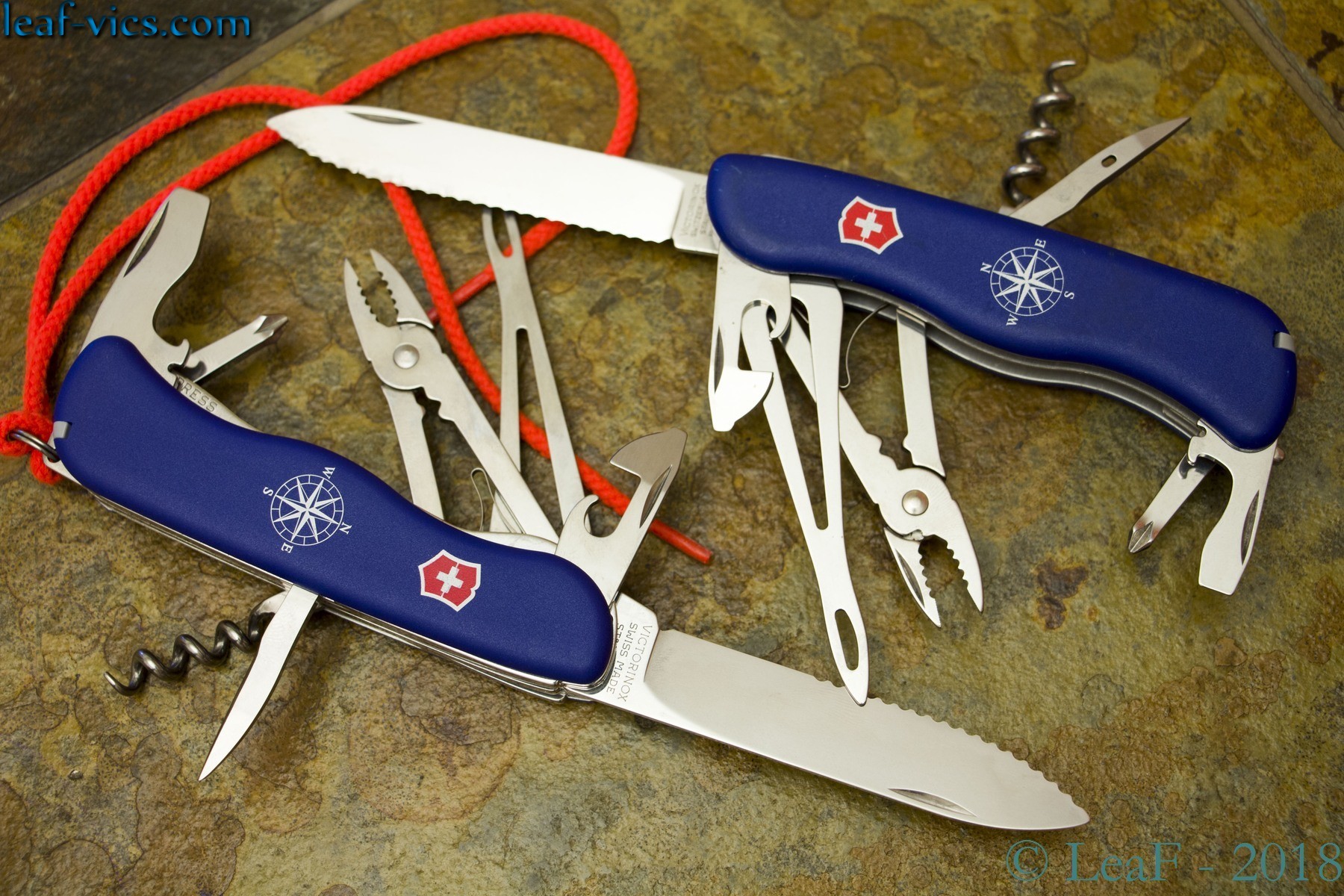 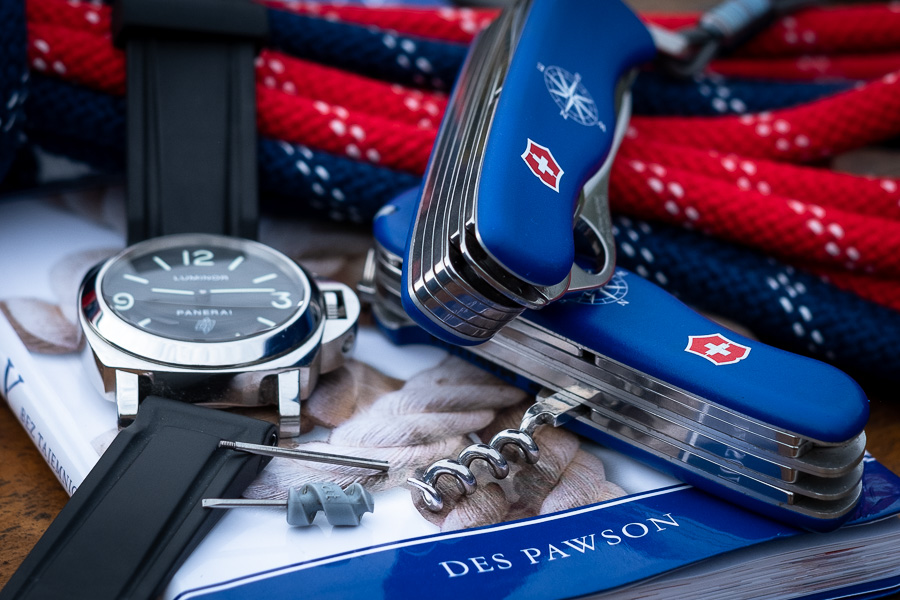 Two Skippers and a watch 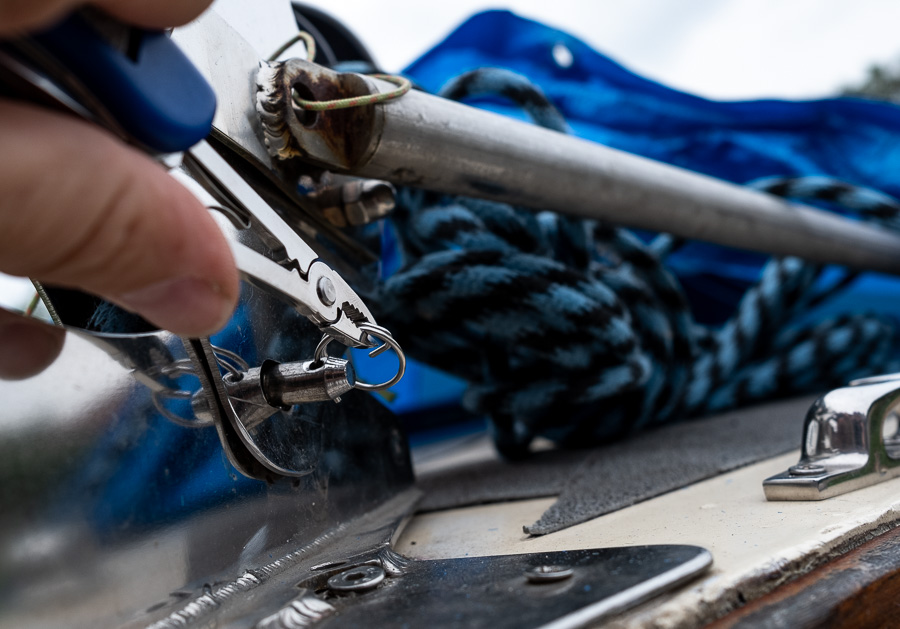 Some earlier models had red Nylon scales. These models are less common and sought after by collectors.

A similar nautical model the Helmsman was one layer thinner than the Skipper, however this model was withdrawn, making the Skipper the only regular knife featuring the slim marlin spike.

In 2018 Victorinox brought out another nautical knife the Skipper Pro featuring a different large marlin spike.