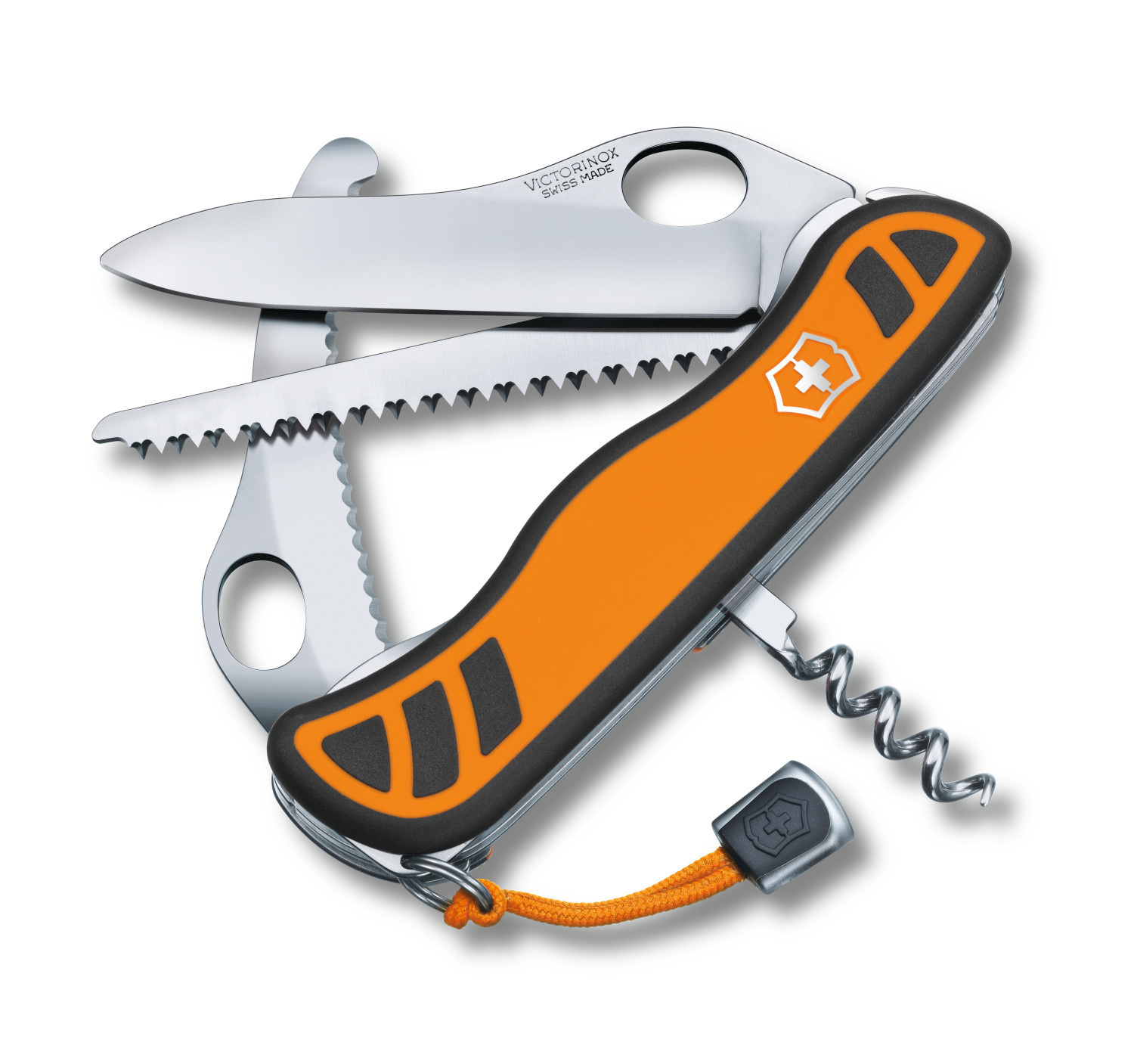 The Victorinox Hunter XT Grip is a three-layer knife with a corkscrew, first introduced in 2012. It is quite unique for a Swiss Army Knife, featuring both plain and serrated-edged locking blades, and unusually no  standard opener layer.

An earlier version of this model was also available with green and black scales and a Phillips screwdriver on the backspring. This model, somewhat confusingly was also known as the Hunter XT!
The Phillips variation/model is retired - See History.

An earlier, now retired, version of this model featured a Phillips screwdriver on the back spring.

None, models with dual-density scales do not include the typical toothpick and tweezers.
Tweezers and toothpick are included in the JägerTool XT.

The current model was released with orange and black dual-density scales, which were introduced on this model and the Hunter XS. The scales are injection moulded with Polyamide 6 and TPE-U for the softer (orange) material. The Hunter XT is supplied with a short orange and black lanyard.

The earlier Phillips version had the green and black dual-density scales, as found on the 111mm Soldier.

The Phillips green and black scaled version was introduced in October 2011 and was initially packaged with a nylon pouch (4.0548.3).
This model is now retired, being replaced by the corkscrew version.

The corkscrew version was introduced in October 2012 with orange and black dual-density scales.
Victorinox in Canada initially referred to this model as the Hiker XT, to avoid confusion with the Phillips model, although one would have thought it would have been named the Camper XT, to align with 91mm terminology!

The JägerTool XT is the same model but with StayGlow scales (like the RescueTool), including T&T and with JägerTool XT printed in large, friendly letters. It was also supplied with a red lanyard. This model was a special order for the Swiss Hunter organisation (schweizerjaeger.ch).

US model numbers in brackets.