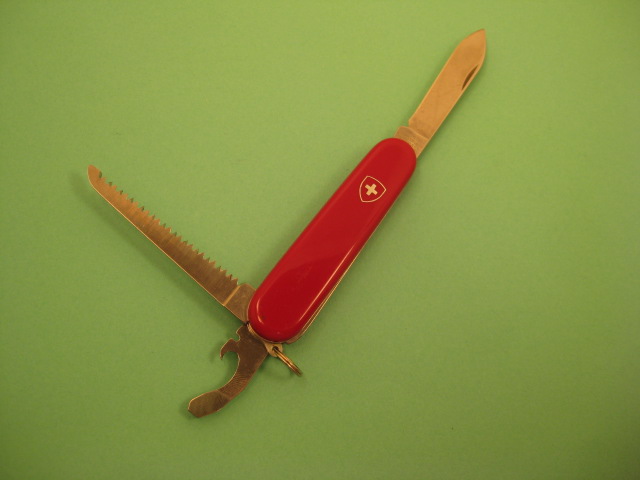 The Victorinox Lumberjack is an 84mm model. The simple two-layer design makes it popular with those looking for a minimalist package. In some markets this model was called the Plumber.

Discontinued model.
However in 2015 Victorinox issued a 'new' standard model the Walker: a red Cellidor scaled version with toothpick and tweezers. The Victorinox Alox Lumberjack became very popular from 2008. It is not a regular production model, but is manufactured from time to time on request for specific dealers or distributors. The Alox Lumberjack has been made in a wide variety of different colored Alox scales, but never includes the toothpick or tweezers. The US dealer Swiss Bianco has been the primary dealer offering this model. It is produced in very small quantities compared to regular Victorinox models. 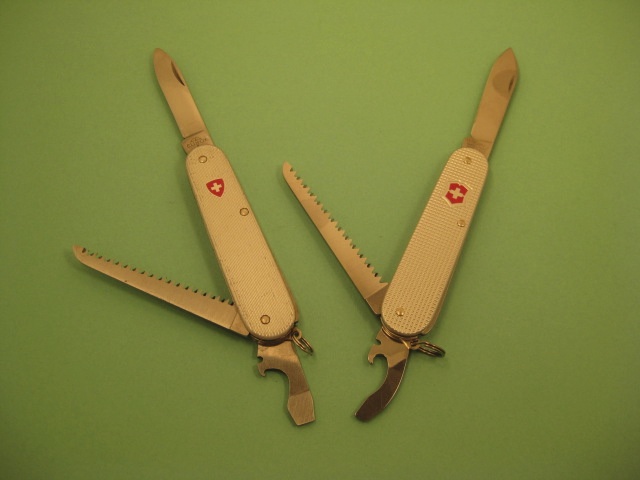 The earlier horizontally ribbed Alox scaled model 2231 had a similar configuration, as well as this smooth Alox version, but they were not known as Lumberjacks at the time. They had a regular cap-lifter/screwdriver.
The model 2231 did evolve into the first Alox Lumberjack configuration with the substitution of the cap-lifter tool for the original version of the combination opener/screwdriver tool.

In 2015 the Walker version was introduced with standard red Cellidor scales including the toothpick and tweezers.

* These models were collaborations between Victorinox and Swiss Bianco, a Swiss/US knife maker/dealer.