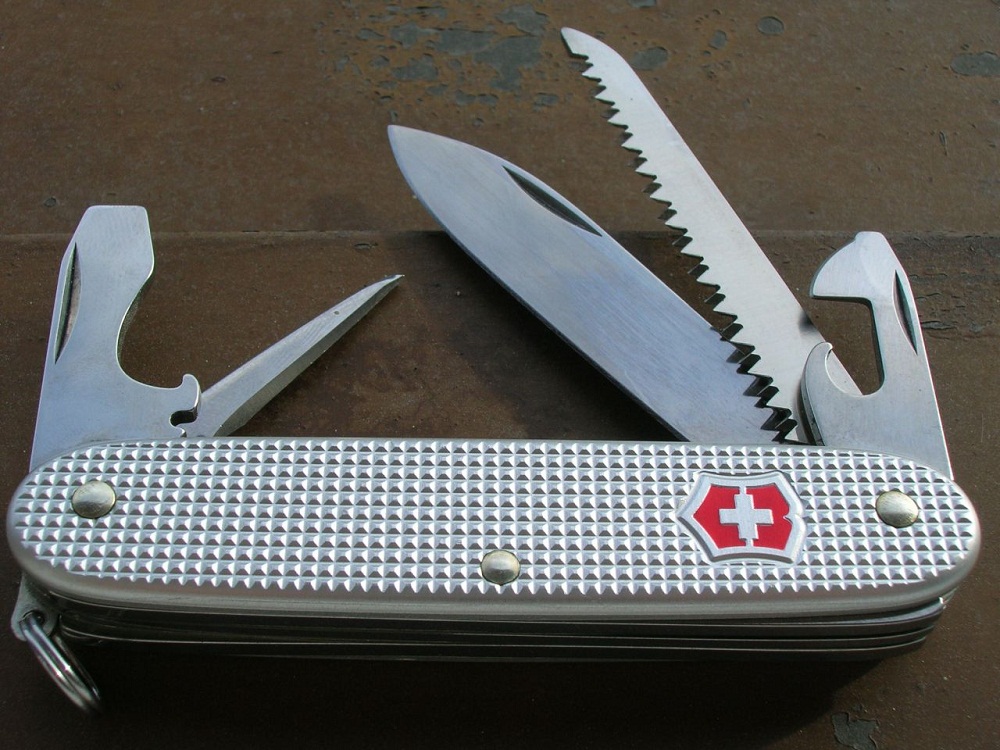 The Victorinox Farmer is a very popular 93mm Alox scaled Swiss Army Knife. It upgrades the classic historical Pioneer, with the addition of a wood saw. Some people comment that the extra width of this model make it more comfortable to hold compared to two-layer models, such as the Pioneer.

The Farmer, along with the Pioner, has been produced in many, many different colours, directly by Victorinox, and also for dealers. See Variations and image below.

Usually silver Alox, but also many other colours - see below.
Large special runs of red and blue Alox were made in 2007 and may have been repeated once or more.

Introduced in 1957 as model number 2224, and using the ELINOX tang stamp until 1975 when it was stamped as a Victorinox model. The original Farmer had red Alox scales and the silver cross emblem ('old cross') instead of the current Victorinox shield logo. Some of these early models have brass liners, and/or keyring spacers. Older Farmers with silver Alox scales and the silver Swiss cross were less common than their red Alox counterparts.
The Victorinox model numbering system changed in 1985 to the product codes we are familiar with today (e.g. 0.8241.20). The silver Alox Farmer with the Victorinox shield (0.8241.26) started production in the year 2000. 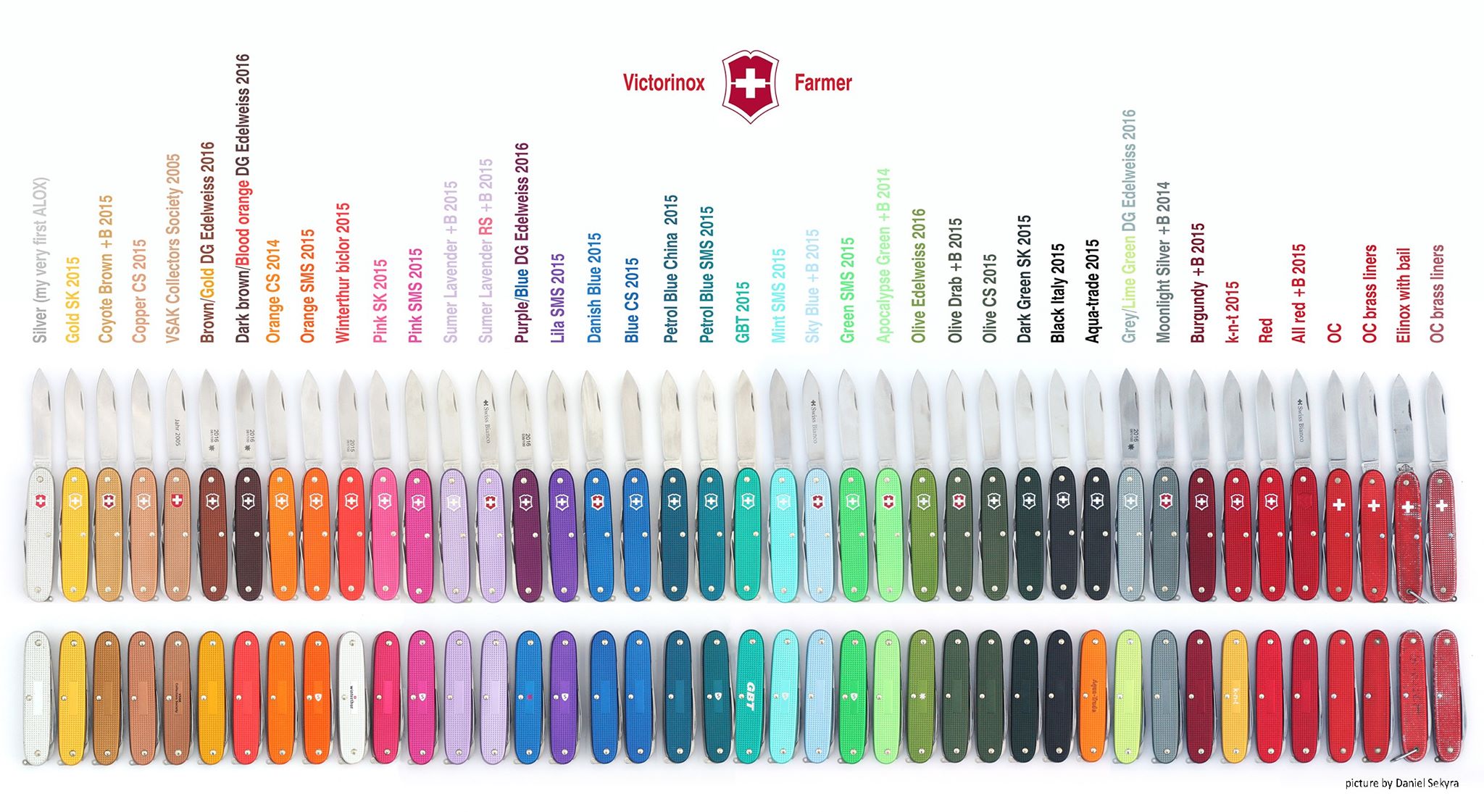