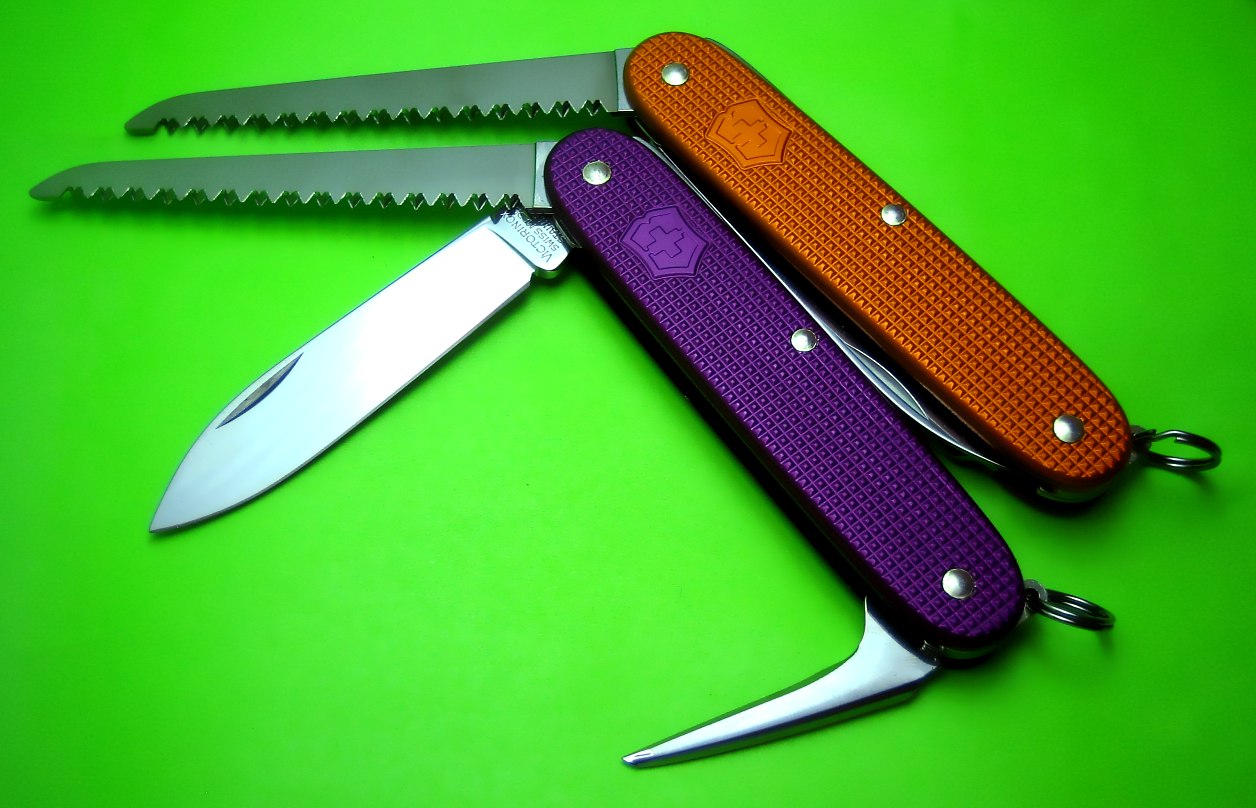 The Victorinox Bushcrafter was a special run 93mm Alox model produced for the dealer Swiss Bianco (see below). It was first produced and named in 2009, this configuration is not known to have previously existed. It contains only two tool layers with a blade and a wood saw and no regular openers-layer.

Alox in regular silver and several other colours.

First introduced in late 2009, this model was named by Swiss Bianco, a US and Switzerland based custom knife reseller, designer and manufacturer, it is available exclusively through them. Additional small runs were made in early 2010. Estimated total production by 2011 was less than 300 units. In 2011 the first models featuring the standard Victorinox red shield on the top scale were produced.

Due to the special run, the identifiers are not known.