Solo and Solo Plus 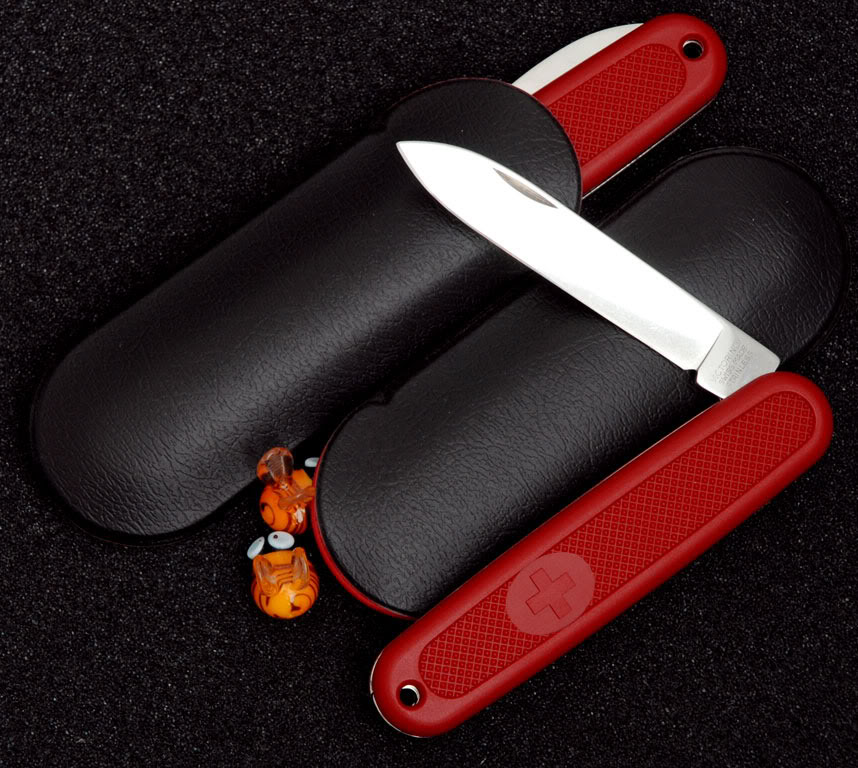 The Victorinox Solo is a blade only 108mm red Nylon scaled Swiss Army knife, that was originally named the Adventurer. In commmon with other 108mm models, it has the unusual feature of a hole that passes through both scales to allow for a lanyard or other attachment.

The Solo Plus adds a corkscrew to the blade.

Name disambiguation:
There is a 93mm Alox model named the Solo.
The Adventurer is now a 111mm model.

The Solo Plus adds the:

The Solo and other 108mm knives do not have any non-blade tools such as the traditional toothpick and tweezers. This is typical of the military knives, but rare for the civilian knives.

In 2008 Roger Remund from the dealership Swiss Bianco (+B), created a variation of the Solo Plus by substituting a clip-point blade for the original drop-point blade. He assembled twenty-eight of these and named them Jung Jager - Young Hunter.

The Solo was originally named the Adventurer when introduced as part of the Safari Series.