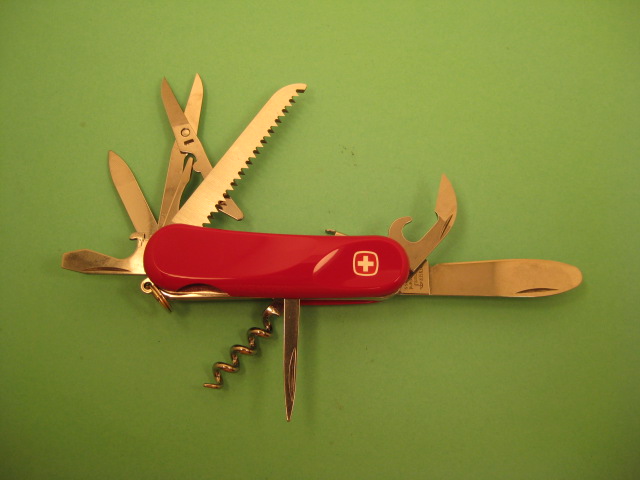 The Wenger Junior 03 is a four layered model and one of a series of Wenger 85mm knives that feature a 'safety' rounded main blade, designed for the younger user.

In addition to standard and Evo red synthetic scales, a blue Evo version was offered as a tie-in to the movie 'Mein Freund der Delfin', the German version of 'Dolphin Friend' (2011). This version was only available in Europe.

The Junior series of knives was designed by Wenger 'to be friendly and safe for young campers, backpackers and scouts'. All of the knives in the series have a blunt, rounded main blade. Most knives also have a locking safety latch on the main blade.

It is not known when the first Junior series knife was introduced. The 2005 SAK selector lists three of them, with the comment that none are currently available.