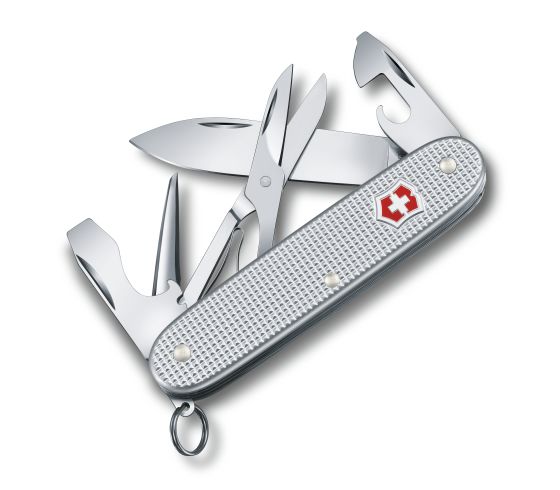 In 2015 Victorinox announced that, for the first time ever, they would be bringing out an alox 93mm Swiss Army Knife with scissors. This was later announced to be the Pioneer X and became available in early 2016.

The model is a regular Pioneer with an added scissors layer. The scissors are identical to the 91mm scissors except that the nail nick has been moved to the outside of the scissors.

The alox knives are very popular with the Swiss Army Knife user and collecting community, especially as a variant of the original alox Soldier Swiss Army Knife, and as the 'sturdier' cousins of the Officer's Knives. For many years, these communities wanted scissors on the Alox range, so this development by Victorinox has been much anticipated and is very welcomed.