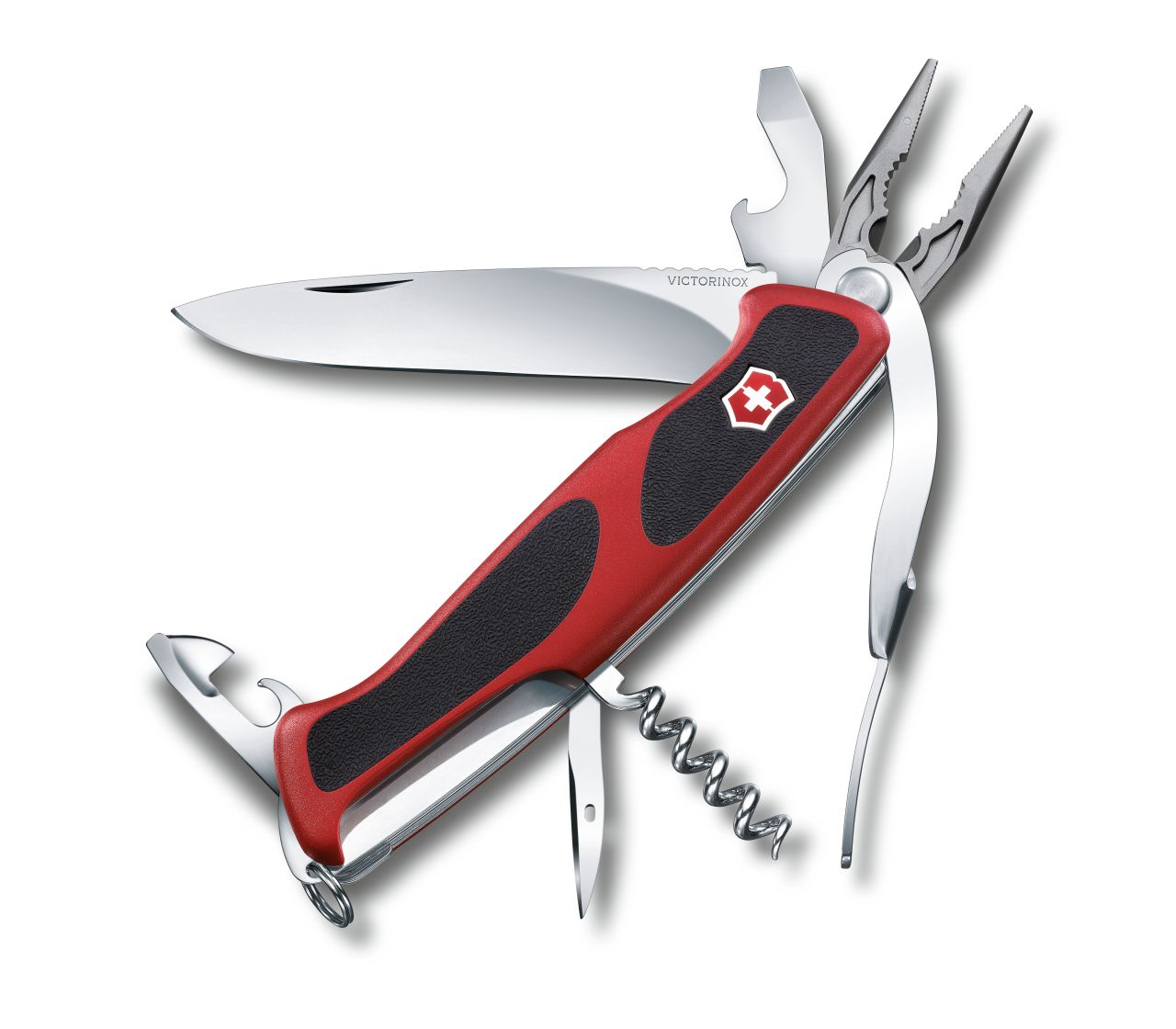 The Victorinox Delémont RangerGrip 74 (main image) and 174 Handyman models are three-layer 130mm Swiss Army Knives, adding pliers to the base two-layer model. The 174 also adds a ¼" bit driver in the scales.

They are the Victorinox versions of the Wenger equivalent models.

There is a hexagonal hole in the scales of the Model 174 for the bit driver which also goes through several backsprings for support, one of the backsprings provides spring tension to keep the bit in place. The bit-driver accepts standard ¼" screwdriver bits, two are supplied with this model - one small flat and one large Phillips. This model is also supplied with a Nylon pouch.

Blade/model variations as per tool lists above

Victorinox ceased production of Wenger Swiss Army Knives in 2014 , however they decided to continue manufacturing of some of the former Wenger knives under the Victorinox Delémont brand. These are two of them.
For differences between the Victorinox and Wenger versions see the main Delémont 130mm page.