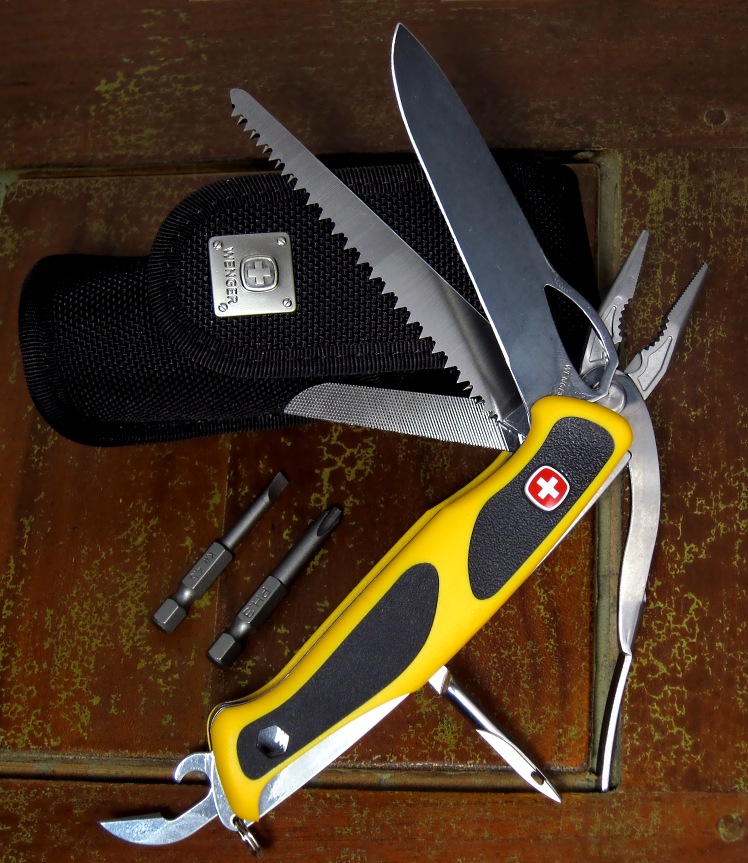 The Wenger RangerGrip 90 is a large four-layer model that is part of the New Ranger series.
This model was first introduced in 2012, and has many similarities to the earlier Mike Horn Ranger.
Some Wenger advertising referred to this model as the Wenger Handyman, this name has been attached to several models in the past, so is somewhat ambiguous.

The scales are bright yellow for easy visibility, and feature Wenger's RangerGrip rubber inserts.
The scales have a ¼" hex shaped hole near the tail end, which is part of the hex bit-driver incorporated into the frame and scales of the knife.

The RangerGrip 90 was introduced in March 2012.
The circular reamer on this model debuted on the earlier Mike Horn Ranger, it is only the second Ranger to include this revised tool.
It was retired in 2014 and was not one of the models converted to be a Victorinox Delémont.