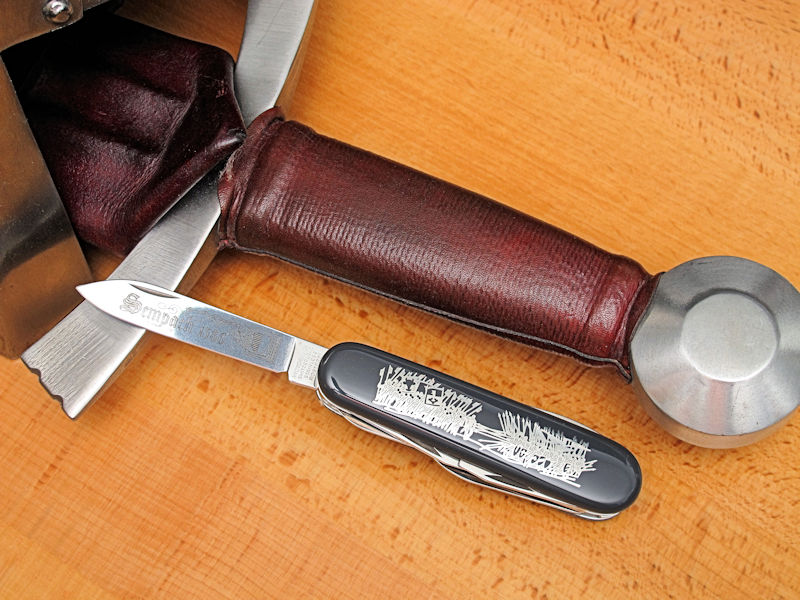 The Victorinox Battle of Sempach is a special collector's 91mm Swiss Army Knife released in 1985, with a tool configuration very close to the Climber model.

This model was the third member of the Swiss Battle Series, all of which featured a large intricate silver battle scene inlay on the top scale, and a detailed laser engraving on the main blade.
The series was released to commemorate the battles and alliances that gave birth to the nation of Switzerland. 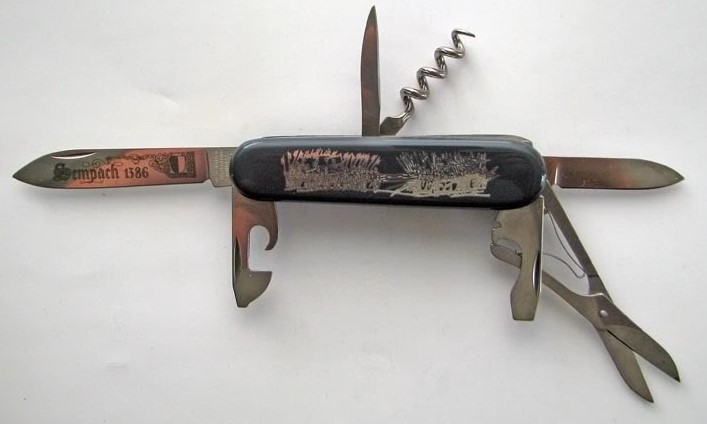 The main blade is etched with Sempach 1386  and the crest of the canton of Lucerne.

Released in 1985 to commemorate the Battle of Sempach in 1386, and to honour the canton of Lucerne, whose expansionist actions had precipitated the fighting.
The scene inlaid on the top scale shows the Swiss on the left carrying the banners of the cantons of Uri, Schwyz, and Obwalden. In the front of the Swiss infantry is the legendary Winkelried, who gathered a handful of Austrian lances into his chest whilst breaking the enemy's front line, thus enabling the Swiss to gain the upper hand.

This model came in a black wooden presentation box, which contained a serialised certificate of authenticity, with the serial number matching the liner inscription.
There was also a booklet containing a brief description of Battle of Sempach and also a history of Victorinox in German, English, and French, however this was only present in the Battle Series Collection presentation case.