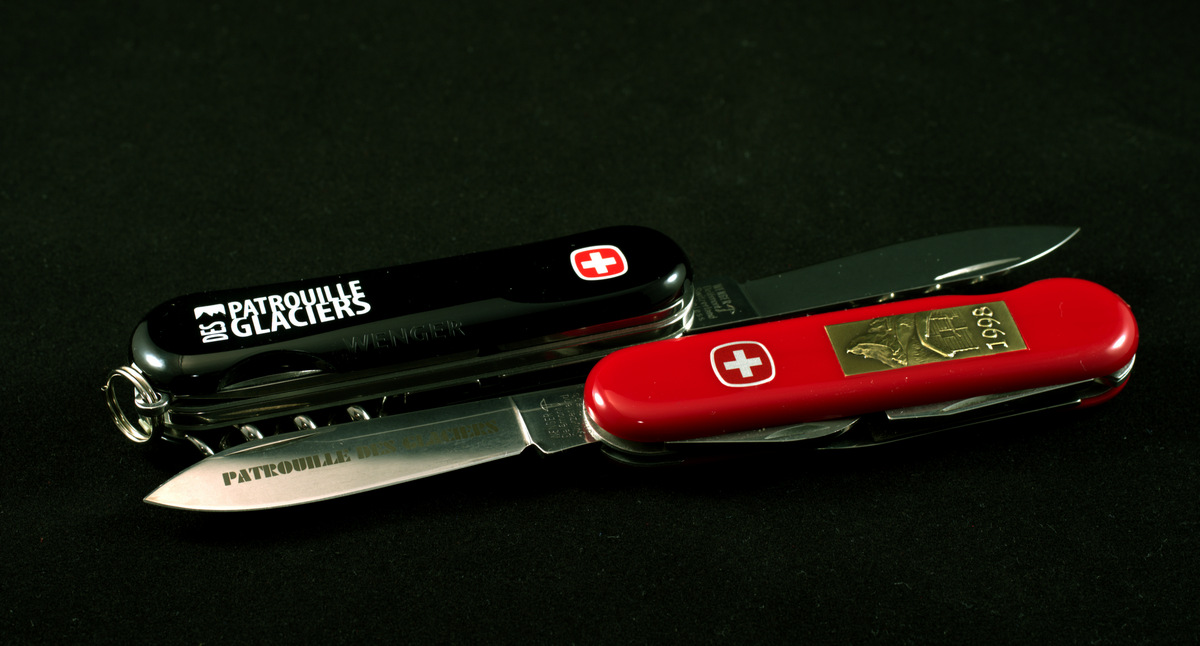 Starting in 1998 the Wenger company released a series of 85mm SAKs dedicated to the Patrouille des Glaciers (PDG). The Patrouille des Glaciers is a ski mountaineering race organised by the Swiss Armed Forces, in which military and civilian teams compete. The race goes across the Swiss Alps: Zermatt – Arolla – Verbier; is 57.5 kilometres in length; covers altitude differences of +4386m ascent and –4520m descent - this is equivalent to 110 km without altitude difference. The race takes place once every two years at the end of April, in the south part of the canton of Valais below the summits of the Pennine Alps.


The 1998 PDG knife was based on Classic 10 model and was dedicated to the village of Zermatt. It has a metal plate on the front scale displaying a mountain log cabin and a view of the Matterhorn mountain.

The 2000 PDG knife also was based on Classic 10 model and was dedicated to village of Arolla. It has a metal plate on the front scale displaying a mountain hut and a view of the Tête Blanche mountain; the race altitude profile was printed on the back scale.

There was a print on the blades of both models, with the lettering: PATROUILLE DES GLACIERS

Later, Wenger released a new PDG knife based on Evolution 14 model. It has a print of the Patrouille des Glaciers Ski Race logo on the front scale.

There is another PDG knife based on the EvolutionGrip model with black/blue scales and the race altidude profile engraved on the front scale (the identifier is unknown).