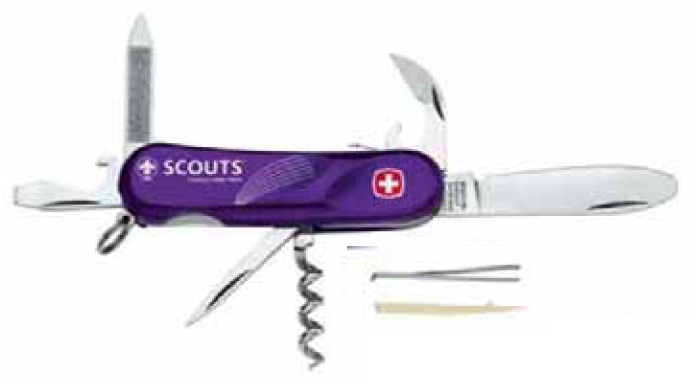 The Junior series was designed by Wenger to be friendly and safe for young campers, backpackers and scouts. All have a blunt, rounded main blade. Most models also have a 'Packlock safety lock on the main blade although some do not.
It is not known when the first Junior series knife was introduced. The 2005 SAK selector lists three, with the comment that none are currently available.

The Junior S10 Scout appears in a Wenger 2008 European catalog. However it is uncertain if it was ever actually offered for sale. It appears to have been rapidly replaced by the Junior S11 Scout, which has a Phillips screwdriver in place of the corkscrew.