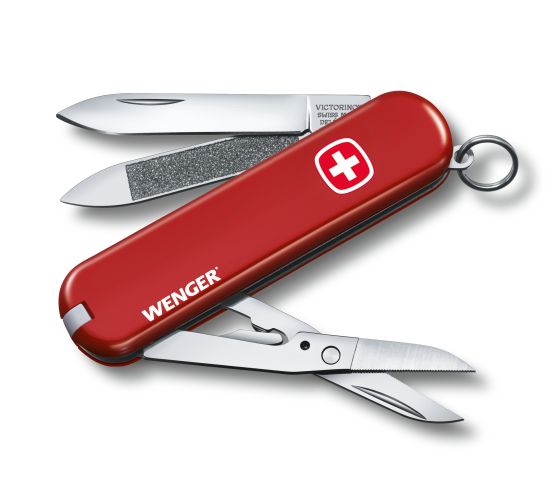 It was originally available as the Victorinox Executive 81, but was rebranded as the 'Wenger'  in 2017 - see History below.

Classic red with the Wenger logo and 'WENGER'  printed in white on the scales.
Also available with Evolution wooden scales

The Executive Wood 81 version features ‘Evolution’  scales made from Swiss walnut (pictured above).
Note: No toothpick and tweezers in this variation

Victorinox ceased production of Wenger Swiss Army Knives in 2014 , however they decided to continue manufacturing of some of the former Wenger knives under the Victorinox 'Delémont' brand. This is one of them. Note: The toothpick and tweezers were converted from the Wenger to Victorinox versions, and the scales were changed, for the 65mm Delémonts.