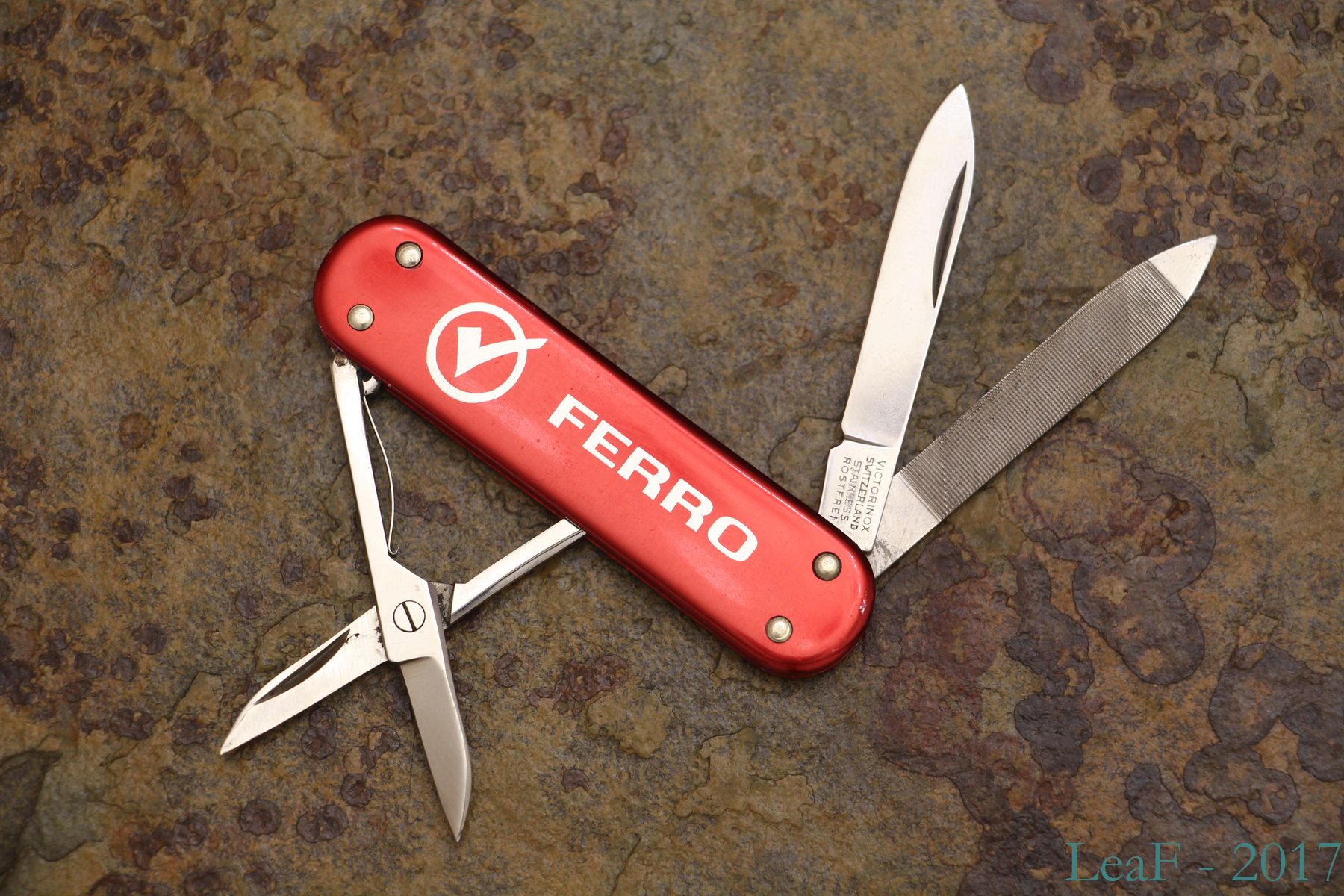 The 58mm Executive is a rare older Victorinox Swiss Army Knife that has the same main toolset as the common Classic and is almost identical to the later Companion model, the only differences being the tool versions.

It should not be confused with the more common 74mm Executive, or the Wenger or Delémont Executive 81.

The nail-file and scissors are the older styles and this is what makes it the Executive, as opposed to the Companion.

This model was made with Alox scales, usually red, though it was also available in silver or blue Alox.

Not much history is known. It is believed to be a pre-1960s knife