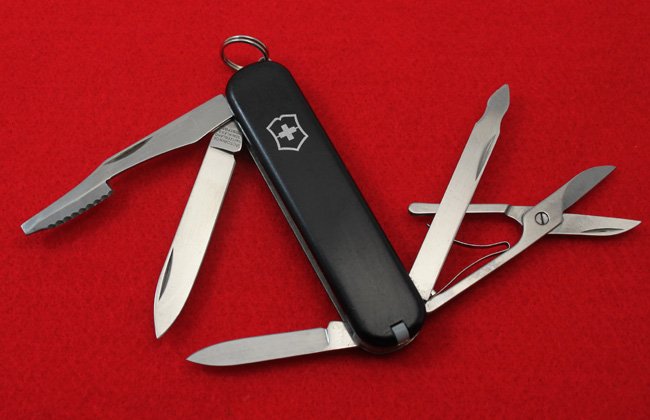 The Executive is a 74mm Victorinox Swiss Army Knife.
It is famous for its unusual and unique tool which combines the functions of an orange peeler and a screwdriver. 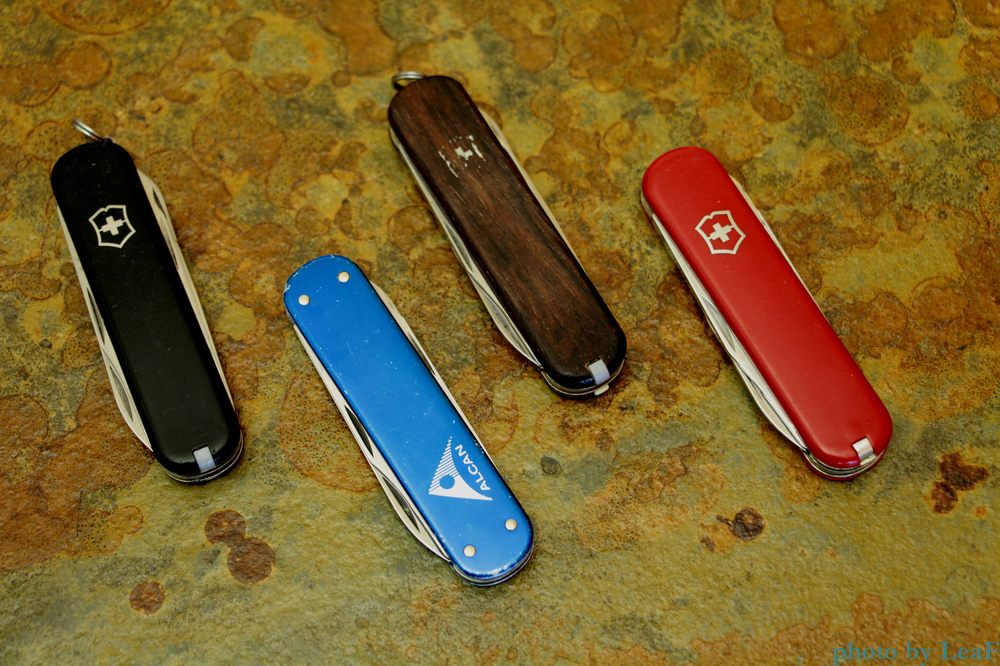 Currently available with standard red or black Cellidor scales. Other colours and scale types have been available - see below.

Early versions of this model had exposed rivets and sometimes a shackle rather than a keyring, note this version has a non-serrated orange peeler.

The mammonuth tusk ivory variation was the first really new luxury pocket knife smaller than 91mm to be introduced by Victorinox in quite some time. The 74mm line in general had been stagnant for more than a decade, which led to thoughts that it might be phased out altogether in the future. This made the introduction all that more special, maybe it was a final farewell for the line. However this has proved not to be the case, as the Executive is still available and popular (2020).

The Executive is one of the few Swiss Army Knives that can be positively identified in the television show MacGyver, which aired from 1985 to 1992, thanks to the distinctive appearance of the orange peeler. For instance, episode fourteen of the first season had a scene in which the star of the show uses the orange peeler of an Executive to pry the lids off of four tubes of acid that were part of a bomb. The opening credits for each show, following the first season, included a portion of this footage. Whilst MacGyver used many Swiss Army Knife models, this was most likely, the most commonly used model. 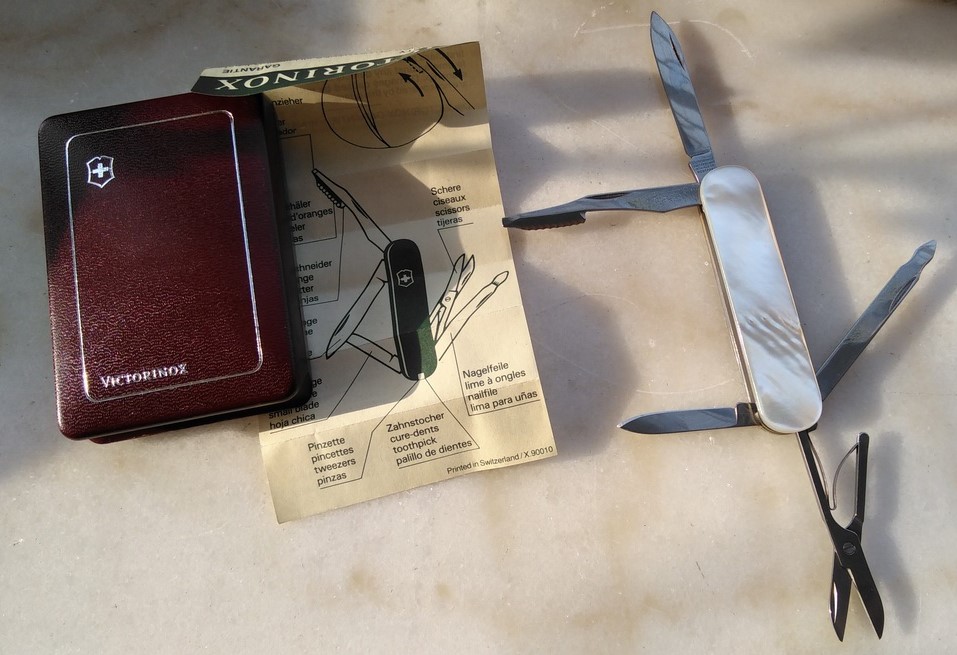 Executive with Mother of Pearl scales