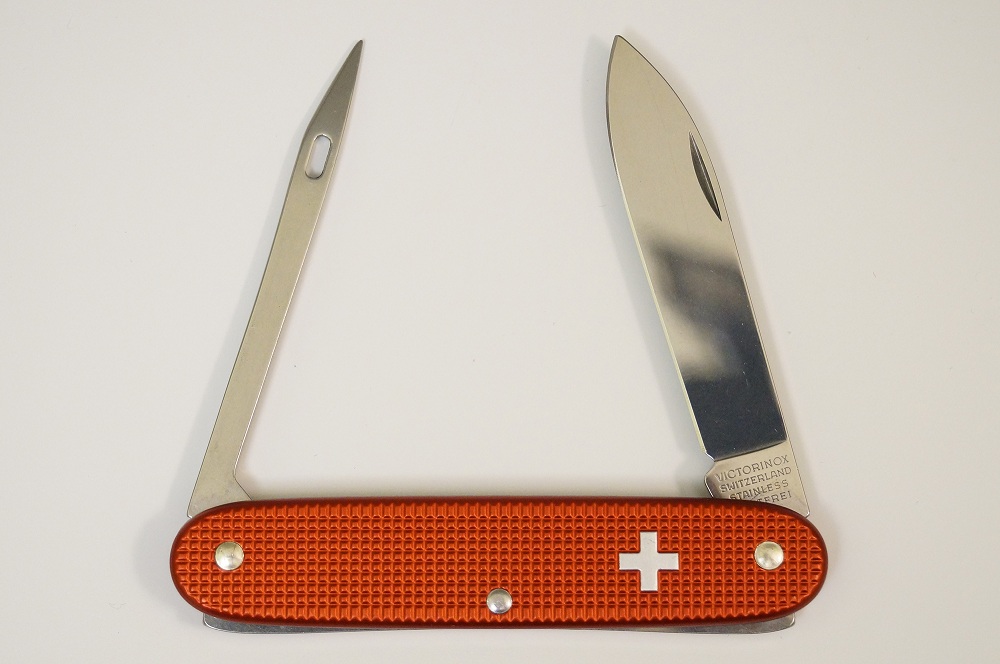 The Victorinox Seaman is a single-layer 93mm red Alox Swiss Army knife intended for marine use. It has a marlin spike opposite the main blade, as opposed to the more common awl.
It is a relatively rare model that is highly desired by collectors.

Red Alox scales, with the cross emblem instead of the current Victorinox logo.

The 2011 Blue Seaman is a light aqua-blue-scaled version that was produced in a special short run of only fifty knives in March 2011. Each of the knives are numbered at the base of the main-blade with a serial number from the run (n/50)'. This version is a member of the Blue Marlinspike Series.