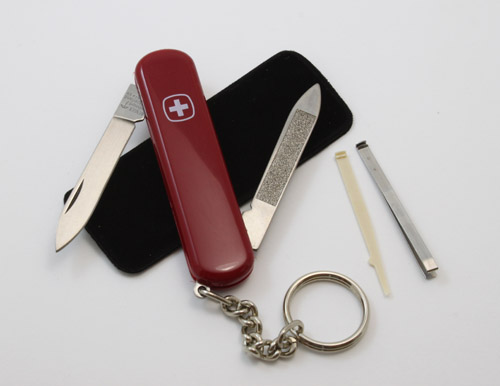 The Wenger Crusader is a small model with only a single tool layer, but with the double sided design features a small nail-file as well as a small pen-blade, while remaining very thin and light-weight.

The Evolution 80 (EVO 80) is a later design that features ergonomic scales.

Neither included on the President model

Wenger 2002-2003 catalog says the President model contains the toothpick and tweezers, so there might be a variation on this model, or a catalog mistake.