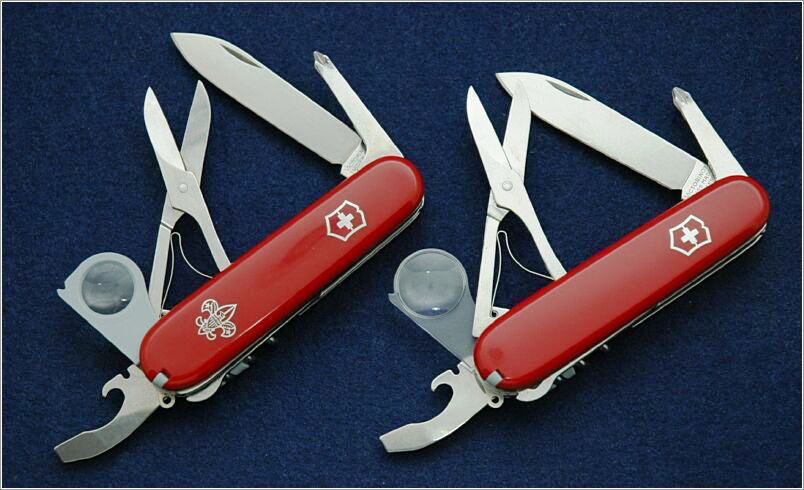 The Victorinox Yeoman is a three-layer 91mm model with a very useful set of tools. It is similar to the Explorer, but providing the same basic functionality in three not four layers. This model is very popular with collectors.

Officially discontinued in 20xx. But custom dealer variations after that date. See Variations above.

It has been speculated that the Yeoman was a US only model, probably on the request of the US distributor: Swiss Army Brands.

Swiss Army Brands is considered responsible for the confusion around this model. After the Yeoman was discontinued it appears they substituted models, or shipped, BSA Explorers under the BSA Yeoman name. Incorrect photos of the BSA Yeoman were used in advertising the BSA Explorer. Several problems on dealer websites and ebay with the naming and photos has no doubt caused some grievance, not to mention incorrect purchases.