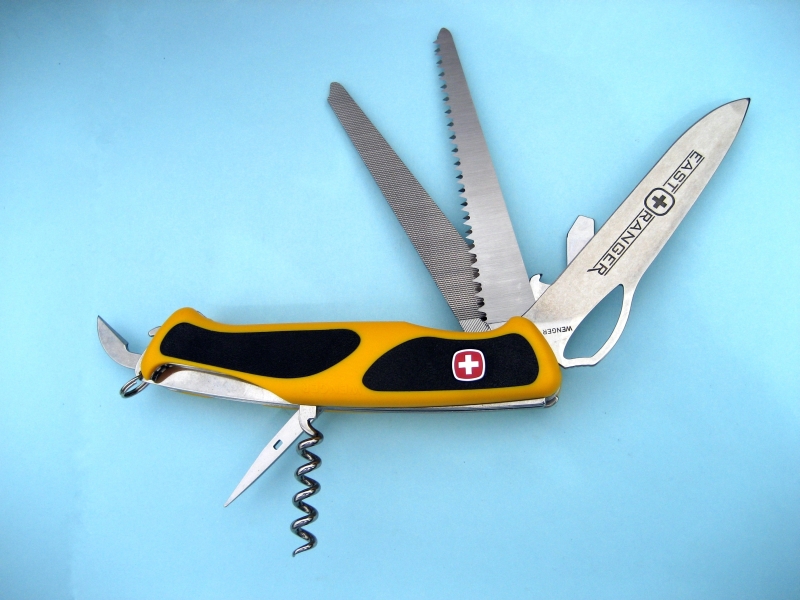 The Wenger RangerGrip 86 is a 130mm model with ergonomic handles and black rubber grip surface adhered to the scales for better grip.
This model is also know as the East-Ranger.

Developed with help of members of a Russian knife and gun forum (forum.Guns.ru). This was the first model to feature the Wenger full-length stainless steel metal file/saw. In 2012 this metal file/saw was also included on the RangerGrip 88 - Rescue.
In 2013 the same knife, but without the "East Ranger" logo on the main blade, was made for the Bulgarian market, in limited quantities (500 units, according to the wenger.bg website)