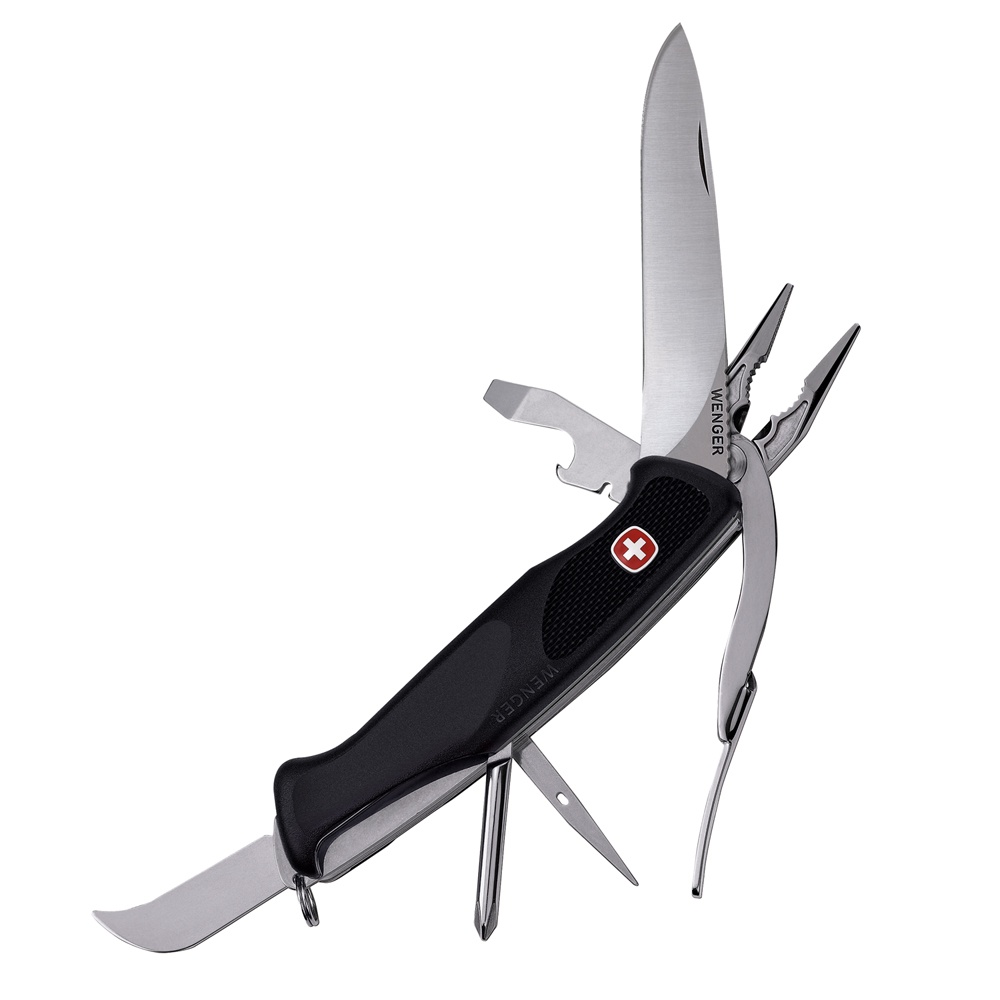 The Wenger Ranger 73, also known as the Electrician, features three tool layers that include folding pliers, and an uncommon electrician's blade suitable for cutting and removing wire and cable shielding.

Standard 130mm Wenger Ranger Evolution-style, ergonomic, contoured, black Nylon scales with deep checkering moulded into the thumb area on both sides. One side carries the Wenger cross logo, along with 'WENGER' moulded into the scales. The cross logo is a push button, which, when depressed, releases the liner-lock on the knife blade.

A RangerGrip model with yellow scales was also produced.