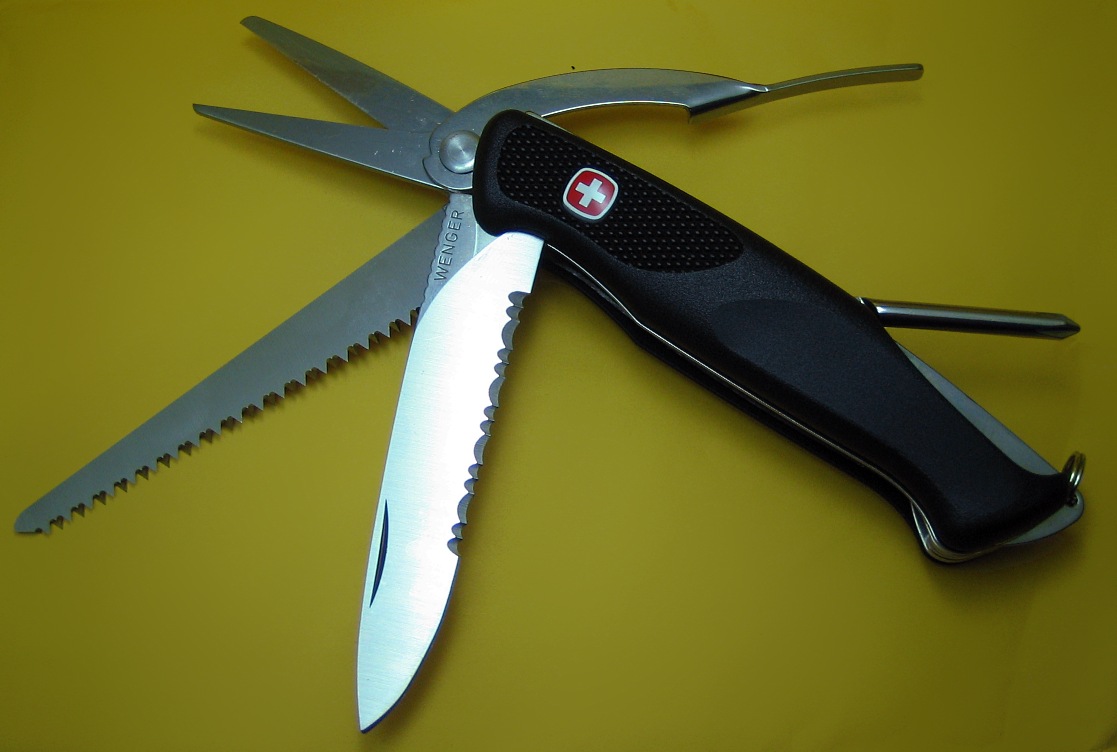 The NewRanger 172 is another of Wenger's many variations on the 120mm Ranger theme. Along with several other "130mm Ranger" models introduced in 2007, the 172 Gardener differs from previous 120mm Rangers with the changeover to contoured Evo handle scales and a push button liner lock release.

The Ranger 172 Gardener has three bladed tools on the front side and a phillips head screwdriver on the backspring. The (very large) modified liner locking main blade uses a push button on the handle scale to release the lock. The blade itself is a combination edge, with approximately 2/3 of the length serrated and the remainder plain edge. On the opposite outboard layer is an enormous wood saw blade.

A clever folding scissor occupies the center slot. First seen on the Ranger 14 introduced a year earlier, this scissors tool itself is three layers thick, consisting of a handle, a fixed blade, and a movable blade. Spring action for the scissors is provided by a clever linkage to the backspring.

A split key ring is firmly attached to a mounting hole in the frame.

The 172 Gardener is equipped with nylon scales, contoured in the Evo style to fit the hand. Deep checkering is molded into the thumb area on both sides. It is only available in black. One side carries the Wenger cross logo, along with the Wenger name molded in. The cross logo icon itself is actually a push button, which when depressed releases the liner lock on the knife blade.

Introduced with the initial 130mm Ranger series in 2007 which was known then as the New Ranger Series.