Wenger produced a number of Swiss Army Knives specifically for left-handed users, identified by a left-handed icon (see below) stamped on the top scale. The latest models to be manufactured were the Evolution 14 and the Classic 10. The Classic 10 was the later name for the Commander.

These models contain the same tools as the corresponding right-handed models but were assembled in the reverse order, also having important changes such as moving the nail-nicks on the tools, so that they are still easily accessible in the alternate left-handed layering.

If the individual tools are not symmetrical, they use a left to right inverse design: For example, the edge on the can-opener is on the opposite side; and the scissor blades are reversed. The tools on the back of the knives retain the same positions relative to their right-handed counterparts, but the twist on the corkscrew is reversed for an easier counter-clockwise left-handed operation.

Wenger also manufactured some other models in left-handed versions, such as the Swiss Star, a special tool for maintaining reeds in woodwind musical instruments. These models use an inverse grind on the blade, changing a chisel-ground blade from a right to left-sided grind. This changing of the grind with chisel-ground blades is more common and also used by other manufacturers. 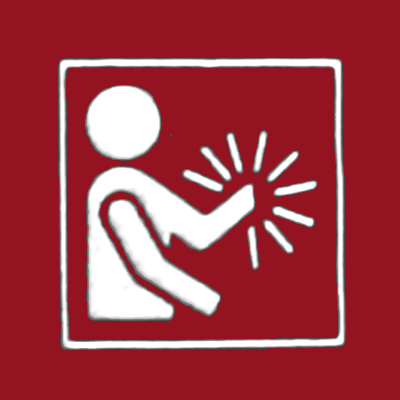