The Victorinox Flash was the second '58mm' series of models from Victorinox to include a USB flash drive.
This series replaced the earlier SwissMemory series with larger capacities and a new flash drive design.
The series contained a number of different models, all feature a second generation USB flash drive device. 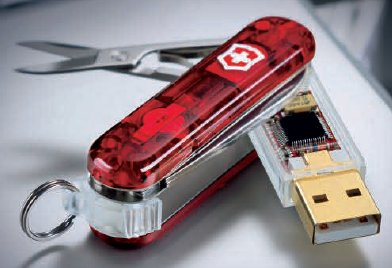 The storage capacity varied with the models.
The nominal length is 60mm including the USB keyring protrusion.

First introduced in 2008, the Flash series were descendants of the earlier SwissMemory series. This family was superseded by various later models.
The current Victorinox 58mm models containing USB devices are the '...@Work' series, such as the Victorinox@Work.