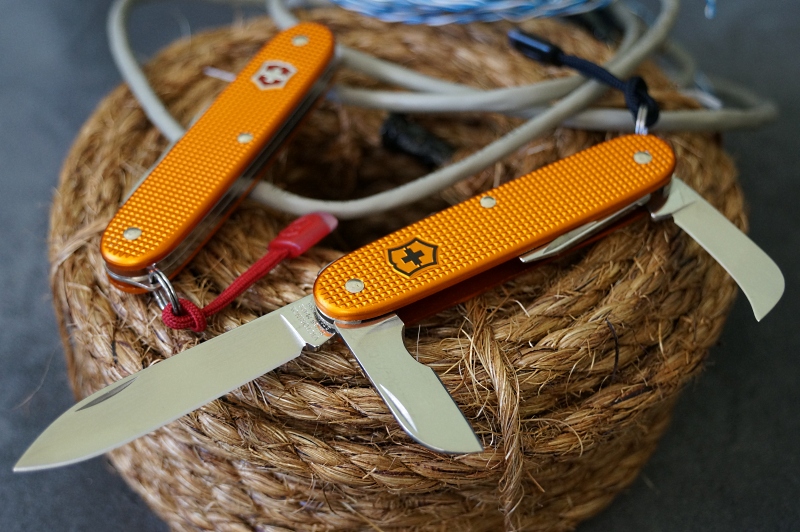 The Victorinox Electrician Duo is a two-layer 93mm Alox scaled model featuring three different knife blades, including the small sheepsfoot and hawkbill blades. The sheepsfoot blade has an electrian's notch and is engraved n/50. This model is also one of the few 93mm models not to include the reamer tool.

With the exception of the closely related Electrician Duo Plus, other models that include the two small blades are generally larger models not designed to be carried. 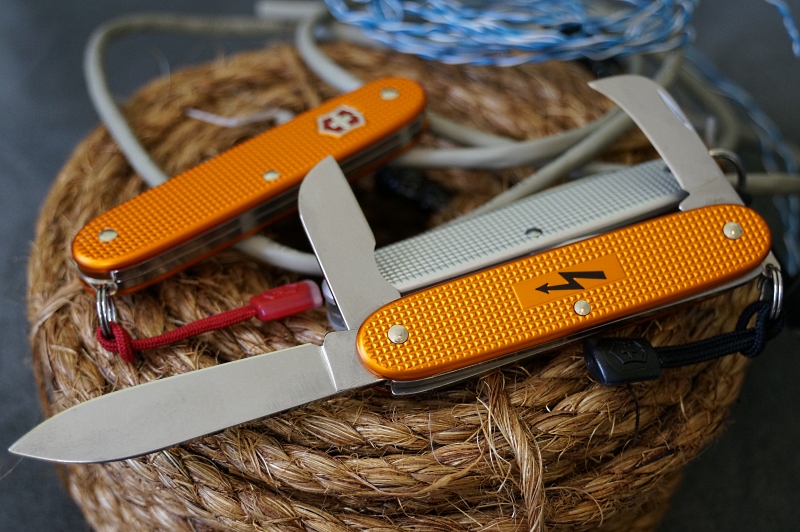 Bright orange checkered Alox scales with lightning/high-voltage symbol in the panel on the bottom scale.
Two versions were produced:

Released in 2013 as a special run for collectors and enthusiast communities. 100 models were produced - fifty in each color combination. 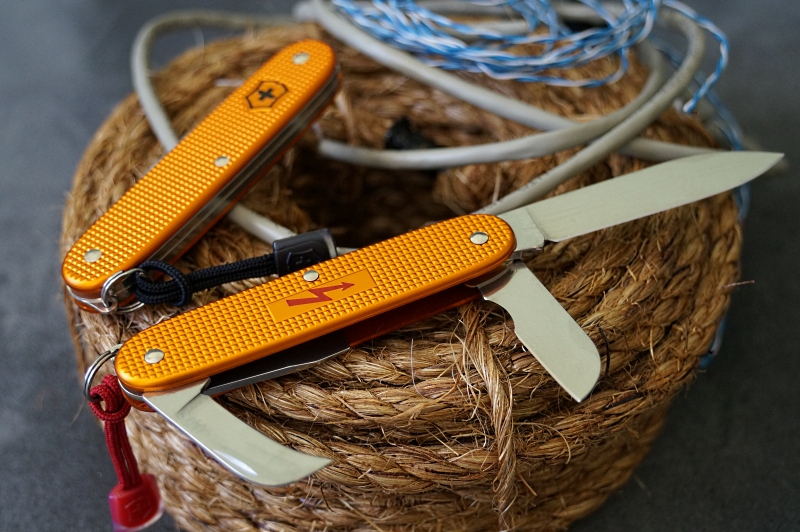 Due to the special run, the identifiers are unknown.