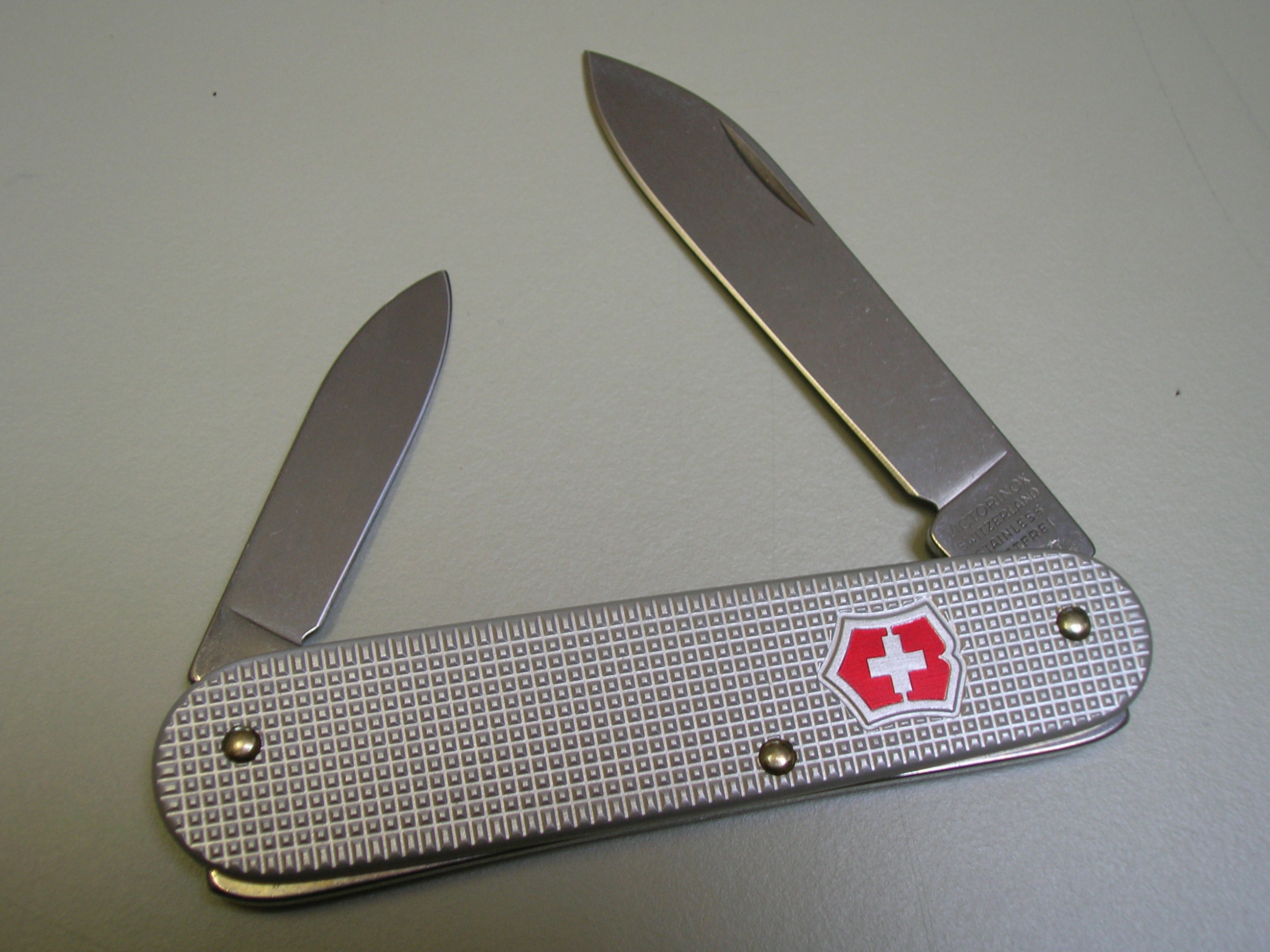 The Victorinox Bantam II model is a very slim knife that replaces the combo-tool on the more common Bantam with a small blade.
Silver Alox scales were the norm on this model, however Cellidor scaled models were also manufactured.

This model is discontinued.

None - even on Cellidor version

Originally known as the Bantam, it was renamed the Bantam II because it became less common than its descedant that included the combo-opener tool. It is now discontinued.