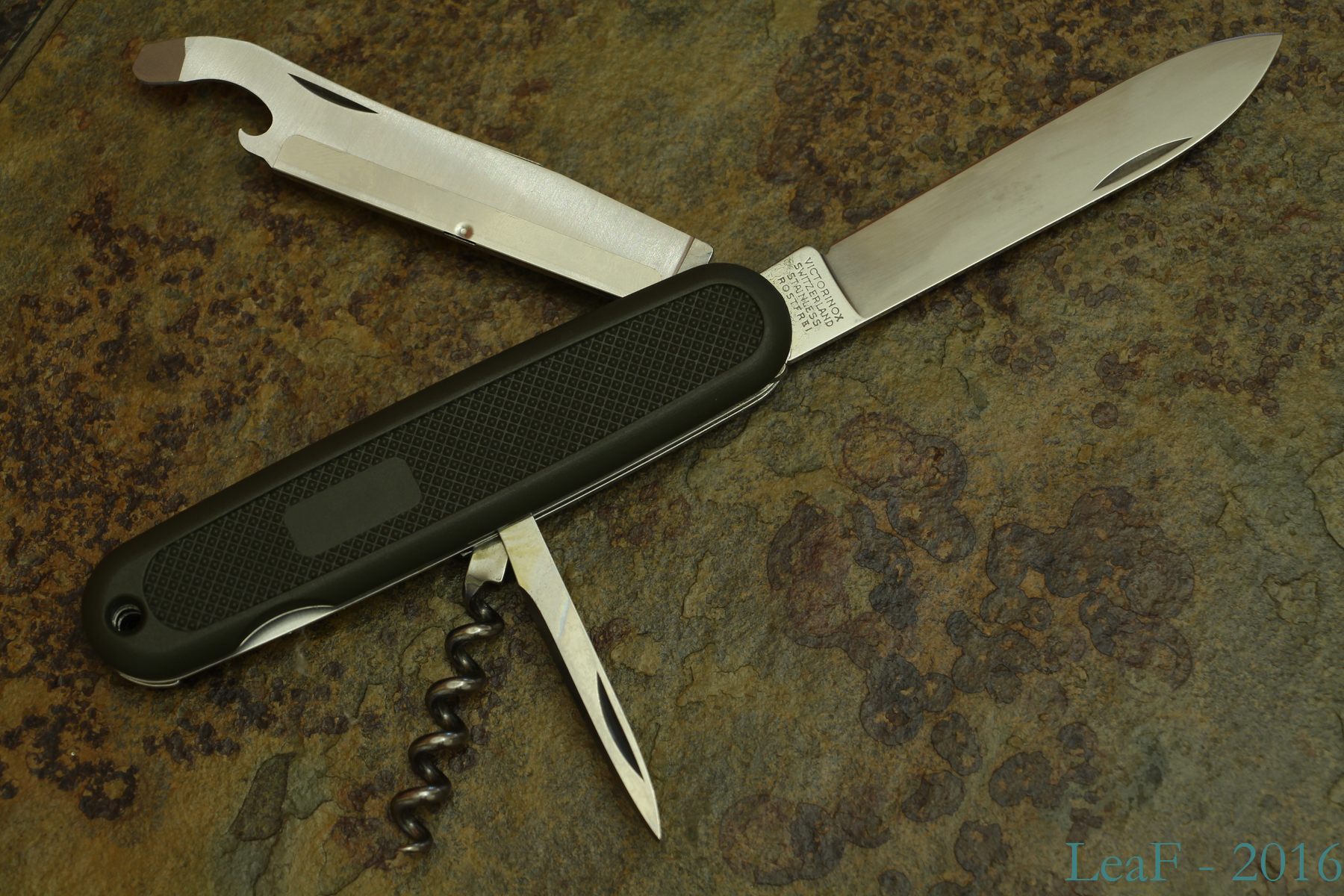 The Victorinox Trooper (a.k.a. the Safari Trooper) is the civilian version of the 108mm German Army Issue knife, better known as the GAK. The Trooper has the same Olive Drab (OD) coloured scales, but without the German Army Eagle emblem.
There are four different knives based around the original GAK, each model has the same compliment of tools: Consisting of the main blade, wood saw (with integrated can/bottle opener and screwdriver), corkscrew, and a reamer/awl, but with different scale options.
The GAK was discontinued in 2003 in favour of the new 111mm one-handed opening GAK. Some models from the 108mm line continued for some years after that.

The saw had a reputation as one of the best wood saws, although tests conducted by MTo members have questioned this.
Some variations include a match striker on the side of the saw.

The Trooper and other 108mm knives do not have any non-blade tools such as the typical toothpick and tweezers.
This is typical of the military knives, but rare for the civilian knives.

Olive Drab (OD) green Nylon, or red Nylon for the Safari version.
Note the incorrect scale description in the catalogue extract above!!

There are four variations built around the German Army Issue Knife:

All the Victorinox 108mm knives are related to the original GAK, which was the first 108mm knife that was manufactured to specification under contract for the German Army.

Discontinued by Victorinox in 2003.