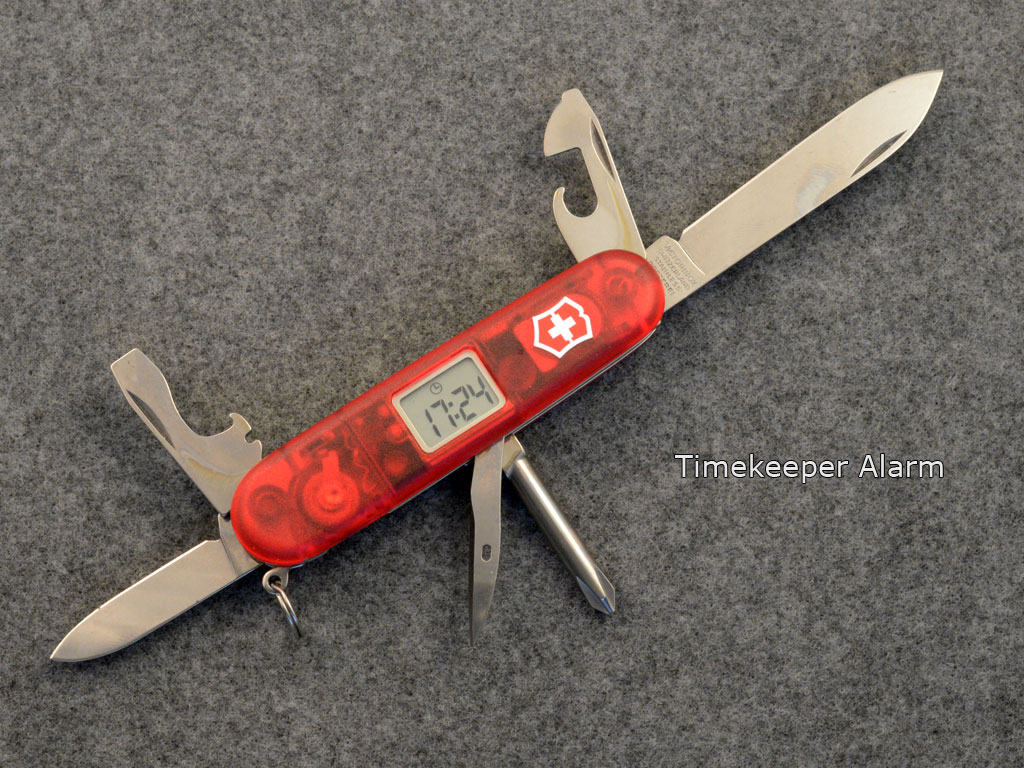 The Timekeeper Alarm was possibly the first Victorinox model to incorporate electronic functions. This model extends the popular Tinker by replacing the tweezers in the top scale with a digital timepiece containing alarm and timer functions.

Name disambiguation:
The Timekeeper is a similarly named, but completely different model, which features an analogue clock in one scale, and a different toolset.

Textured red translucent scales. These scales are standard on models with electronic functions.

Limited information, however there appears to be a nearly identical model that replaces the Phillips with the corkscrew.
There may also be a version that removes the opener-layer and replaces the small blade with the Combo-tool.
One of these models may have been named the Digital Timekeeper.

The Timekeeper was Victorinox's first model to contain a clock, which was an analogue clock mounted on one scale. The Timekeeper Alarm came out later featuring the digital clock. There was also the Voyager model which had timer functions and a different toolset. The Timekeeper Alarm was discontinued in 2006 or 2007. Both were ultimately replaced by the Traveller model which has all the digital scale functions combined into one unit.
Note: This information to be confirmed