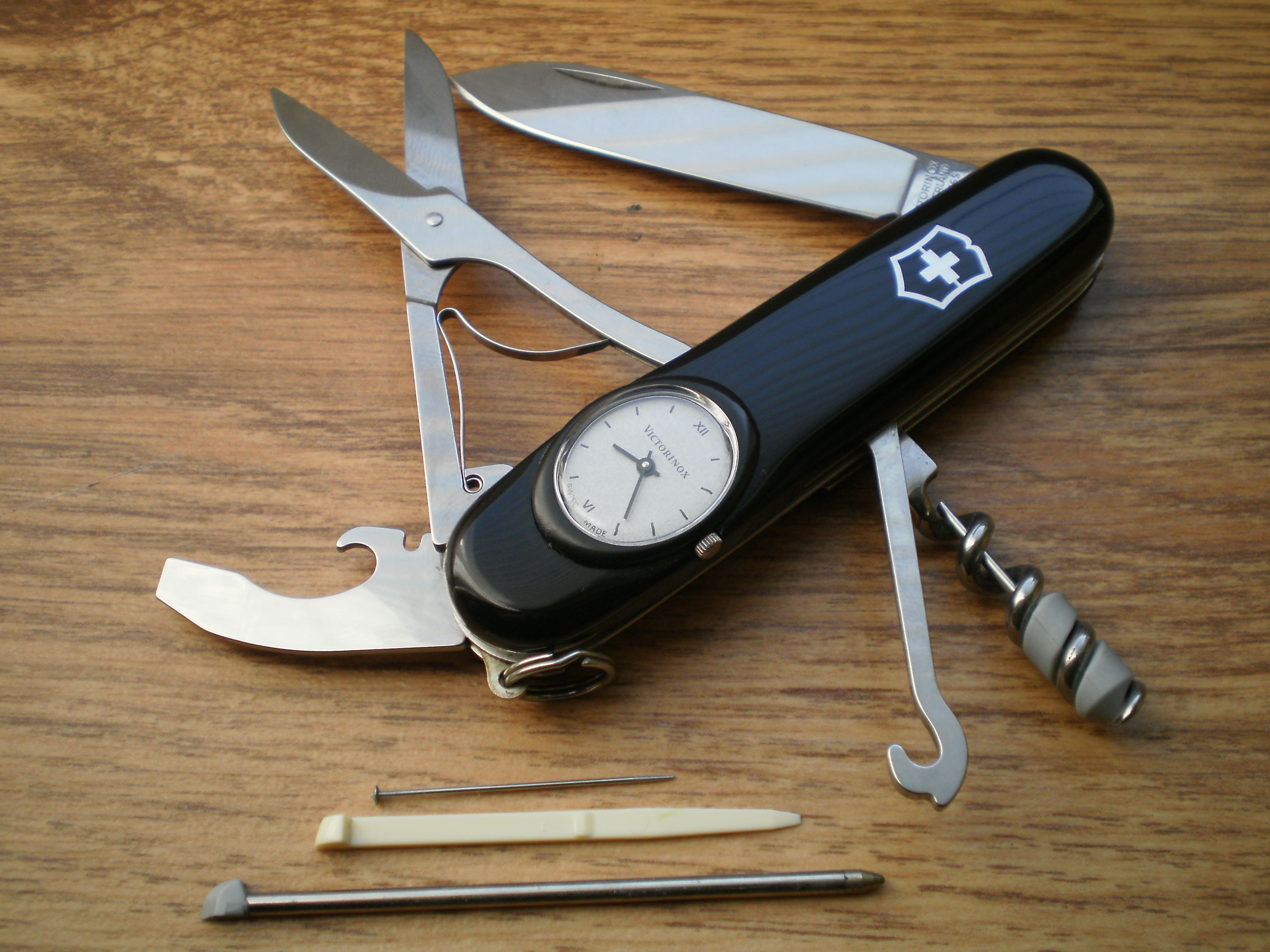 The TimeKeeper is an unusual 91mm Victorinox model, that is a merging of two great Swiss traditions: Swiss Army Knives and timepieces! Embedded in the front scale is a small analogue clock, which is added to the popular tool set of the Compact, (also removing the tweezers).

Name disambiguation: The TimeKeeper Alarm is a similarly named, but completely different, model which features a digital clock in one scale and the Tinker main toolset.

The TimeKeeper was discontinued in 2007.

Introduced in early 1992, it was discontinued in 2007, although supply was available from inventory for some years after that.
It paved the way for the later models with digital timepieces in the scales, such as the Traveller.