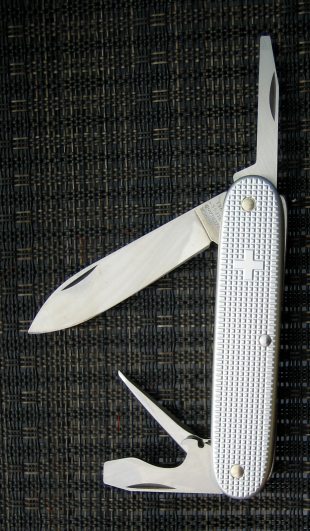 The Victorinox Technician is a less common 93mm Alox scaled knife that is very similar to the Pioneer and Electrician.  The Technician is one of the very few models which has a small narrow screwdriver known as the Technician's screwdriver, and one of the few that does not include the standard can-opener tool.

This model is pictured in a 1970s catalog. Some samples with blades dated '98' have turned up indicating this knife was still being produced probably until at least the year 1999 or 2000. While fairly rare and difficult to acquire in the past, in 2010 and 2011 more old stock has been showing up for sale.