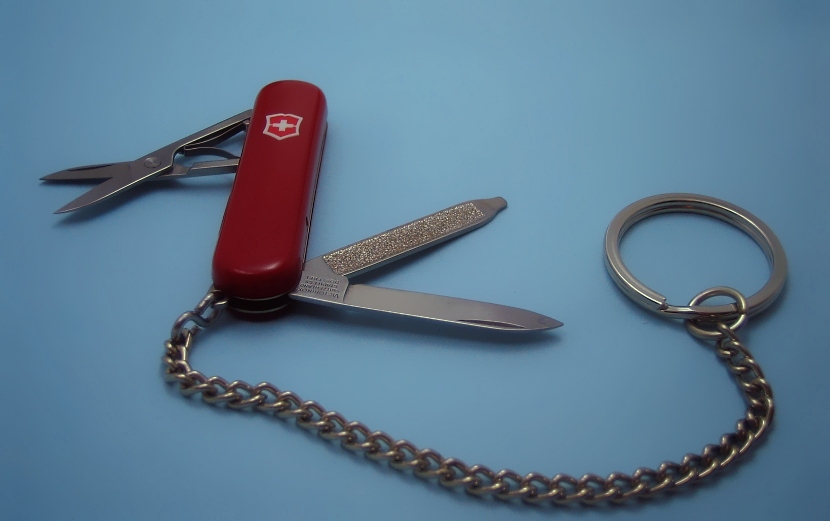 The SwissLite is a relatively common 58mm Victorinox model. It is a 'Classic'  with an LED embedded in the handle. Originally the light was a red LED, however in 2011 Victorinox began shipping a brighter white light LED version.
When it was first introduced (in the US?), the SwissLite was known as the Illuminator.

This information sheet contains battery replacement instructions, and other maintenance and general information.

The SwissLite has Cellidor scales. It is available in a number of color choices: Red, black, blue, white, ruby, sapphire and emerald.

The Illuminator/Swiss Lite was first produced in 1986. The brighter white light version began shipping in late 2010 or 2011 in most markets.!Variations
The Illuminator is a variation that includes a 5" key-chain and a large keyring. Early versions may have come with the nail-cleaner tip on the nail file. First produced in 1996, it was also available with the 'Marlboro Unlimited' logo branding on the bottom scale.