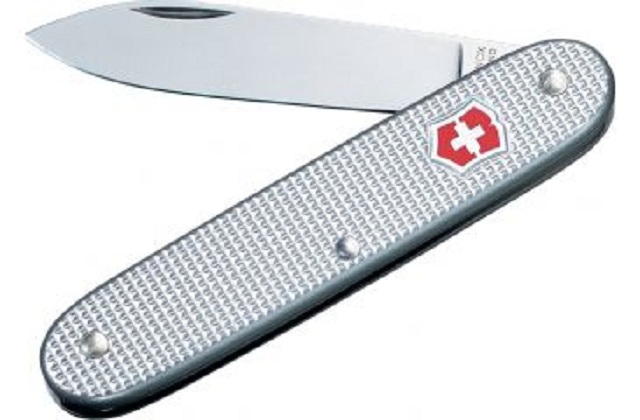 The Victorinox Solo Alox is a 93mm single layer model with a single knife blade.
Whilst the Solo does not have any of the typical Swiss Army Knife tools, it is an extremely robust knife that is easy to maintain. It can be carried on its own, but is also well suited to be paired with another Swiss Army knife as a backup or second blade, or as a larger blade when paired with a smaller model with more tools.

Name disambiguation - There is also a 108mm model named the Solo.

The original model featured red Alox scales with the Swiss Cross, in common with other models in the Pioneer/93mm line, at the time.
The history of the horizontal symmetric vs. asymmetric blade profile is puzzling. Both original red Swiss Cross scales, and later manufactured knives have been found with both blade profiles. Which blade is used seems to be fairly random!

In 2018 Victorinox started selling this model under the name Swiss Army 1.

Special Runs – All with the Victorinox shield