The Mini-Screwdriver was introduced in 1983.
It is quite an ingenious tool, due to the way it is designed to be twisted into the Corkscrew enabling it to be added to any Swiss Army Knife with that tool. Its small 1.5mm width is suitable for eyeglass screws and other similar small screws.
While this tool is added standard on most knives with the 'Plus' style scales, the Mini-Screwdriver can be purchased separately, to add to any knife with a corkscrew, or simply to replace a lost tool.

There are at least 7 different types of the mini screwdrivers that were issued through time (from left to right, older to newer) 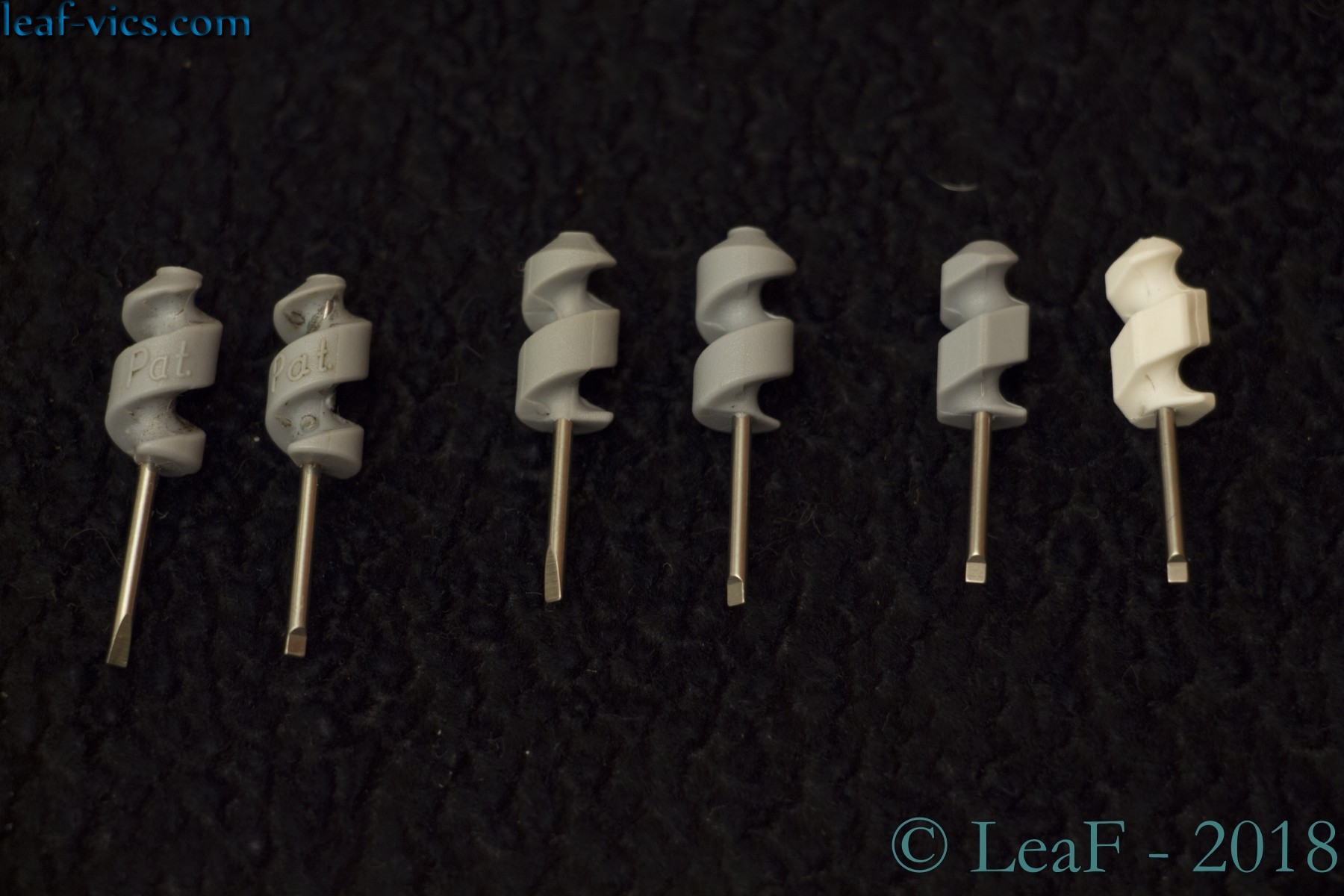 While usually grey, the mini screwdriver included with the 2018 White Christmas Sportsman has a white body.