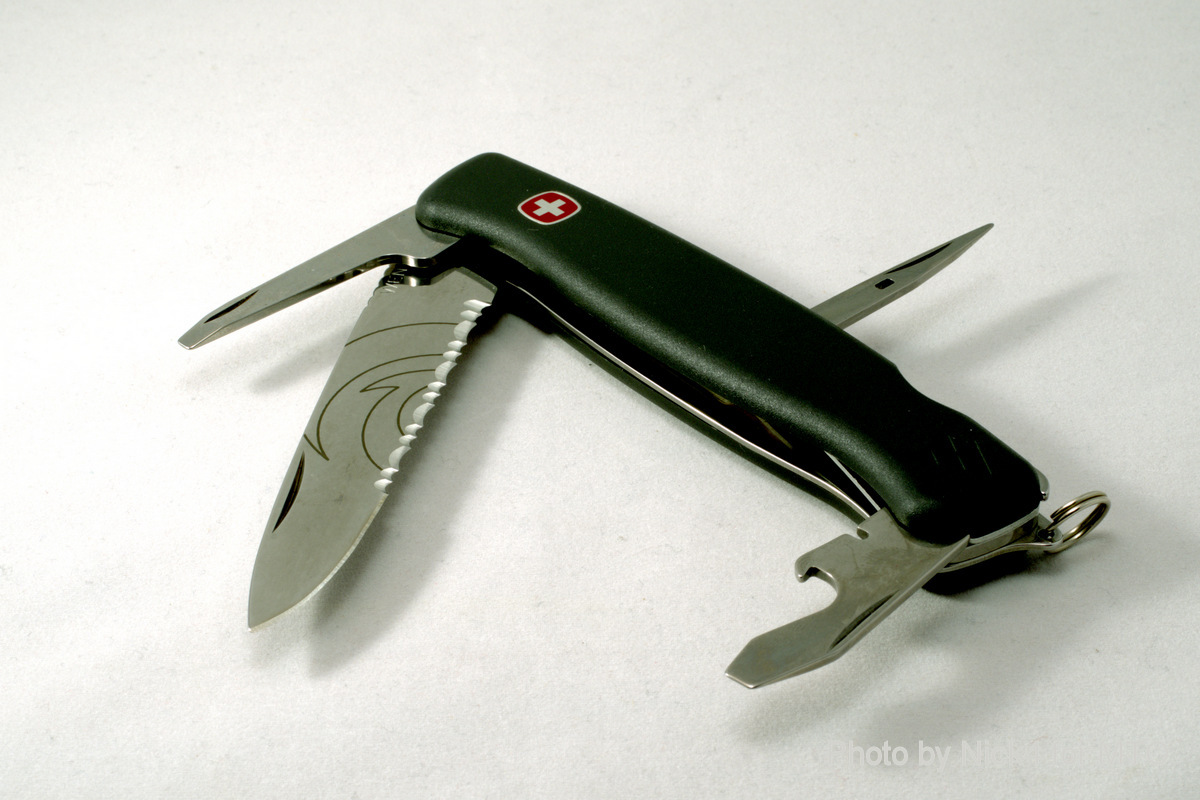 The Wenger Ranger 38-38 model added a backspring Phillips screwdriver to the 36 model.

They both feature the same blade as found in the 130mm Alinghi 177, with a laser-engraved pattern representing the Alinghi Sailing Race Team logo.

They are quite rare models and are now discontinued.

These models were introduced in 2011 and belong to the Wenger 120mm Ranger series, and have a blade and narrow inline screwdriver from the Alinghi series.
They are very unusual in that they came out several years after the Alinghi series was introduced, and also many years after Wenger had switched from the 120mm to the 130mm series. A theory is that they were probably assembled from spare stock parts left over from the Alinghi Series.