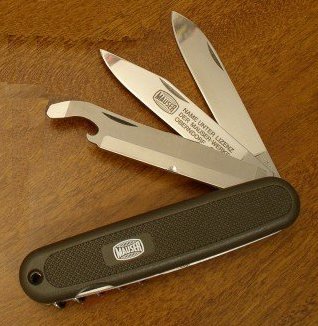 The Victorinox Mauser Swiss Army Knife is a 108mm model that was made for the German market, where the Mauser company is a prominent firearms manufacturer. Victorinox licensed the Mauser name, and the knife was sold along side Mauser products. The knife is based on the German Army Issue knife, (the GAK), and adds a clip-point blade to the tool selection.
Unusual for a Swiss Army Knife, but common to all the 108mm series, all the tools open in the same direction. The main layer tools pivot at the same end of the knife (top) making them very intuitive, and quick to get accustomed to.

This knife is discontinued, and highly collectible. 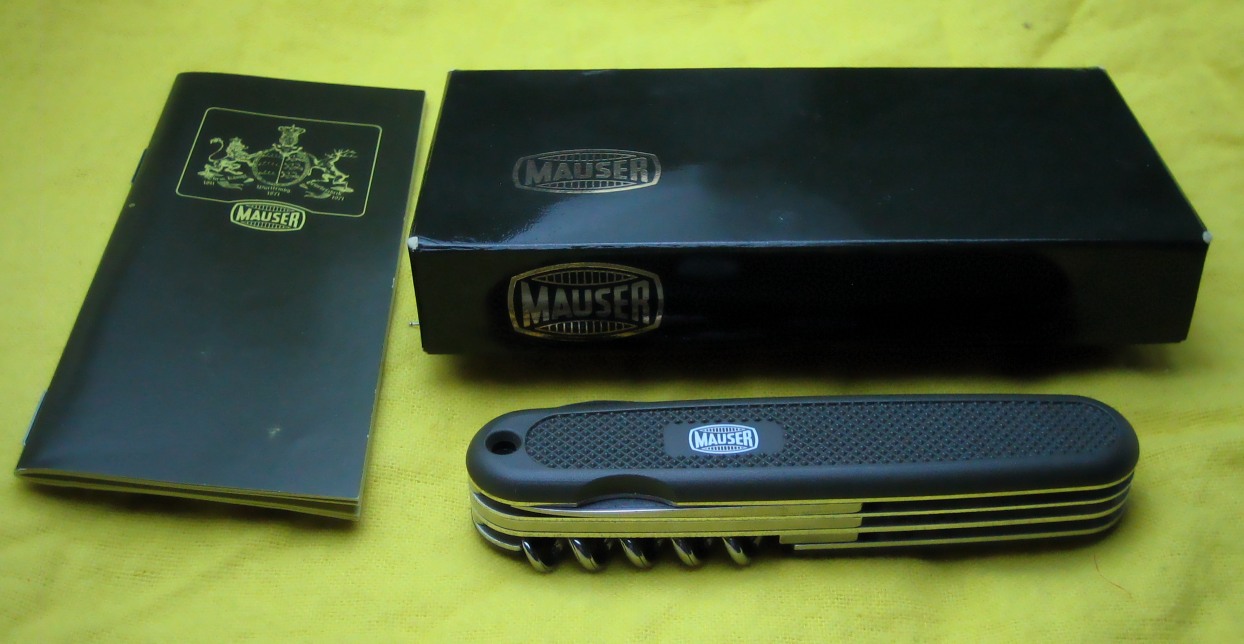 Mauser with booklet and packaging

The saw has a reputation as one of the best saws, although tests conducted by MTo members have questioned this.

The Mauser and other 108mm knives do not have any non-blade tools such as the toothpick and tweezers.
This is normal for military knives, but unusual for civilian knives.

This model was marketed by Mauser of Germany and came with unique packaging that included booklet identifying the tools in several languages. The knife was based on the original GAK, and was produced between roughly 1984 to 2001. Victorinox estimates production at 1/4 million units.