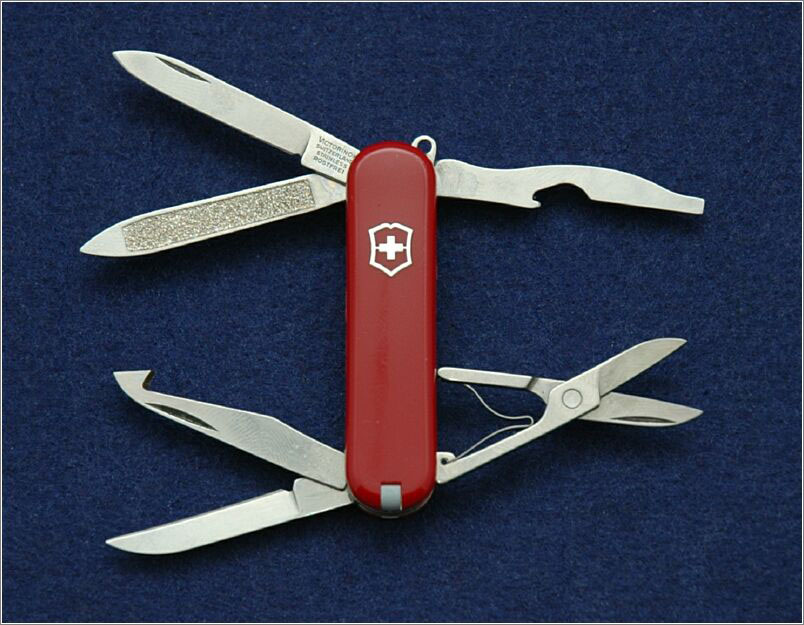 The Victorinox Mate is a 58mm model featuring four tool layers. Its extra tools over the Classic make it a very capable key-chain knife without adding too much weight.
This model is very similar to the Vagabond which was produced after the Mate was discontinued. This tool configuration may even have been known as the Vagabond in some markets. See the Vagabond page for history and evolution.

The BSA Wood Badge version features black scales and a gold Wood Badge log/axe emblem on the top scale, the bottom scale has the regular shield.
The Wood Badge is awarded to Scouting leaders who achieve the highest level of leader training.

The first year of production was 1995. Since there no known models produced with the wire stripper notch on the bottle opener, it must have been discontinued before 1997.
It shares a close history with the Vagabond model - see this page for more details.