In 2018 Victorinox released a new 111mm model the Skipper Pro which features a brand new tool the Large Marlin Spike.
The marlin spike is a tool designed for use in marine and sailing activities. It is useful for untying knots and splicing rope, It has a third use as a shackle-opener.

When rope knots on boats become tight due to tension, and are also typically wet, they are almost impossible to untie. The marlin spike is inserted into the knot and is used to work the knot loose until it can be untied. Since the shaft of the tool is smooth it will not cut or damage the rope.
The spike can also assist in opening up the strands of a rope when splicing.
To undo a tightly locked shackle the spike is inserted into the hole in the shackle bolt (or pin) and used to twist and release the bolt. (See image right).

The Victorinox Marlin Spike is made of made of stainless steel, but is otherwise very unusual compared to other Victorinox 111mm tools. The tool is very thick and uses three springs in the 111mm frame, it is also locking. The tool itself is constructed from two pieces of steel that are riveted together. The two small circles that are seen along the tool's length are the ends of the rivets.
It is very similar the marlin spike found on the nautical version of the older British Military Knives.

There a couple of other other nautical tools available from Victorinox such as the: 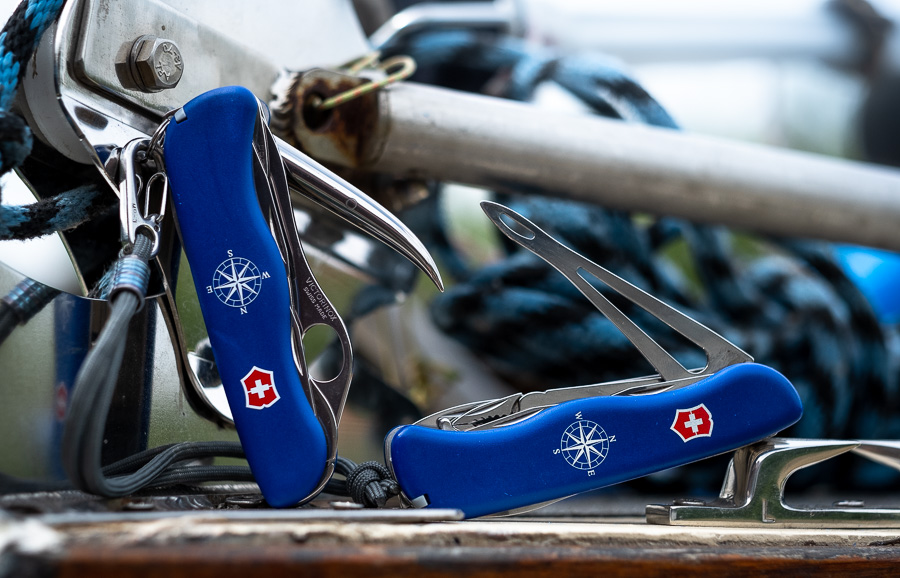